A Pint of Internet Please

If I said to you, “No internet access for a whole week”, what would you do?

Presumably, I should prepare to duck.

But those were the exact words of our thoughtful internet providers when my family and I moved into our new home last week. They didn’t mince their words, and to be honest, neither did I in my retort.

I realised I was going to have to get creative if I wanted to do, well, anything. They say you don’t know what you’ve got till it’s gone, and an internet blackout made me realise just how much I’d come to take it for granted (which is my own fault entirely, I admit).

Here’s a couple of examples:

In the midst of unpacking boxes, I decided to put the radio on. We still had electricity right? Well, that was before I remembered that my speakers had to be synced with a Sonos app, and this relied on connecting to a home WiFi network. Ah.

We needed a new set of wardrobes for the bedroom. But instead of browsing for selections online, we had to actually leave the house. Get in the car. And drive to the shop. Unthinkable…

With the advent of services like Sky On Demand, I don’t know anybody who watches TV at the time a program is originally stipulated to be broadcast. For a whole week, I waited patiently for 9pm to roll round so I could watch Celebrity Big Brother in all its glory, complete with adverts.

I was still trying to keep on top of things at work, but without the internet I was about as much use as an ashtray on a motorbike. So every night I trekked to the village pub with my laptop, connected to their WiFi, and used our VPN to access all our systems.

The good thing was I could do everything I needed with an internet connection. The great thing was that I was in the pub.

The purpose of this blog is not to make you feel sorry for me – that would be ridiculous as there are far worse things than being without the internet for a given period of time.

But, I’m writing this in the context of 2015 being a key year for the ‘smart’ device. At this month’s Consumer Electronics Show in Las Vegas, we saw all sorts of these, from smart pet feeders to self-watering flower pots. In fact, Samsung Electronics CEO Boo-Keun Yoon said that 100% of its products would be connected to the Internet within five years.

This phenomenon has become known as the ‘Internet of Things’: a world where even your dustbin can become an intelligent life form. However, there’s one thing that all of these devices have in common – they need, and will rely on, an internet connection.

There are some fairly large problems associated with this. Chiefly, the internet was never designed to cope with this sort of activity. 25 years ago when the world wide web was built, it was a portal for physicians who were researching information and needed a channel to share it.

We now use it for not just listening to the radio or browsing for wardrobes, but national defence. Security is absolutely paramount, but it came in as an afterthought.

This is a great article if you want to know more about how the internet was never built for talking fridges or 4K TVs, and why we should expect to see more internet bugs like ‘Heartbleed’ and ‘Shellshock’ make appearances, thanks to unforeseen holes in a system that is taking on more and more devices. 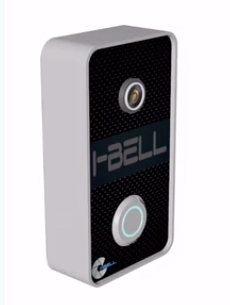 I’ve just ordered something called the ‘iBell’, which has just received funding from Kickstarter. It’s a doorbell which connects to your WiFi and your smartphone, and uses a motion sensor and camera so that you receive an alert when someone’s approaching your front door. You can then talk to them using your smartphone, even when you’re not at home.

The major benefits are being able to ask deliverymen to leave whatever parcel you’ve ordered with your neighbour, and being able to spot unwanted visitors. It’s a great idea (this is the first time I’ve bought something from Kickstarter), but it’s only going to work if I’ve got internet access.

Secondly, the internet has to get a lot, lot better. More and more businesses are choosing to go with hosting services in the Cloud, which doesn’t just mean (like my nightly pub commute) they can have access to their software 24/7. It means that fast, instant access is an absolute necessity for everybody in the office as well.

Most people think the main benefit to the Cloud is being able to access it from anywhere. And this is true. But by using hosted services, your users will be fighting for their share of the connection when you’re in the office, which is where most of us are…when we’re not in the pub.

And if you move to IP telephony, then uncontended bandwidth becomes critical. There are certainly advantages, but it needs thinking through thoroughly and approaching holistically because your internet connection has a knock on impact to everything.

It’s why when we talk to our customers who are moving offices, we advise how important it is to get your new internet setup right.

If your system can’t cope, you may find you have to send all your employees off to the local pub to get some work done. That may be music to their ears, but it’s hardly a long term solution. It’s hard enough to get to the bar as it is, for a start.

I know my internet-less week might seem a bit trivial on the surface. But the fact is, we’re a world putting more and more pressure on our connectivity which is struggling to keep pace with our demands. The danger is that we start cutting corners, and end up with more security holes than we had to begin with.

I’d be interested in hearing your opinions on this subject – let me know by tweeting me @SteveC_TSG or commenting below.