Home / Insights / Achieving Technological Transformation for Every Business: What we learned at Microsoft's WorldWide Partner Conference

Achieving Technological Transformation for Every Business: What we learned at Microsoft's WorldWide Partner Conference

So Facebook think Microsoft have ‘got cool’ again. That’s a bit like your teenage offspring begrudgingly admitting that they approve of the jumper you’ve got on today. It happens rarely, and should be noted.

The reason? Facebook have recently implemented Office 365 across their 13,000 global staff base, and I watched CIO Tim Campos take to the stage at the 2016 Microsoft World Partner Conference to explain why:

The key line there is ‘We are also buying capabilities that Microsoft will offer over time’ and this is precisely why companies from as large as Facebook to as small as one man bands are choosing Office 365. 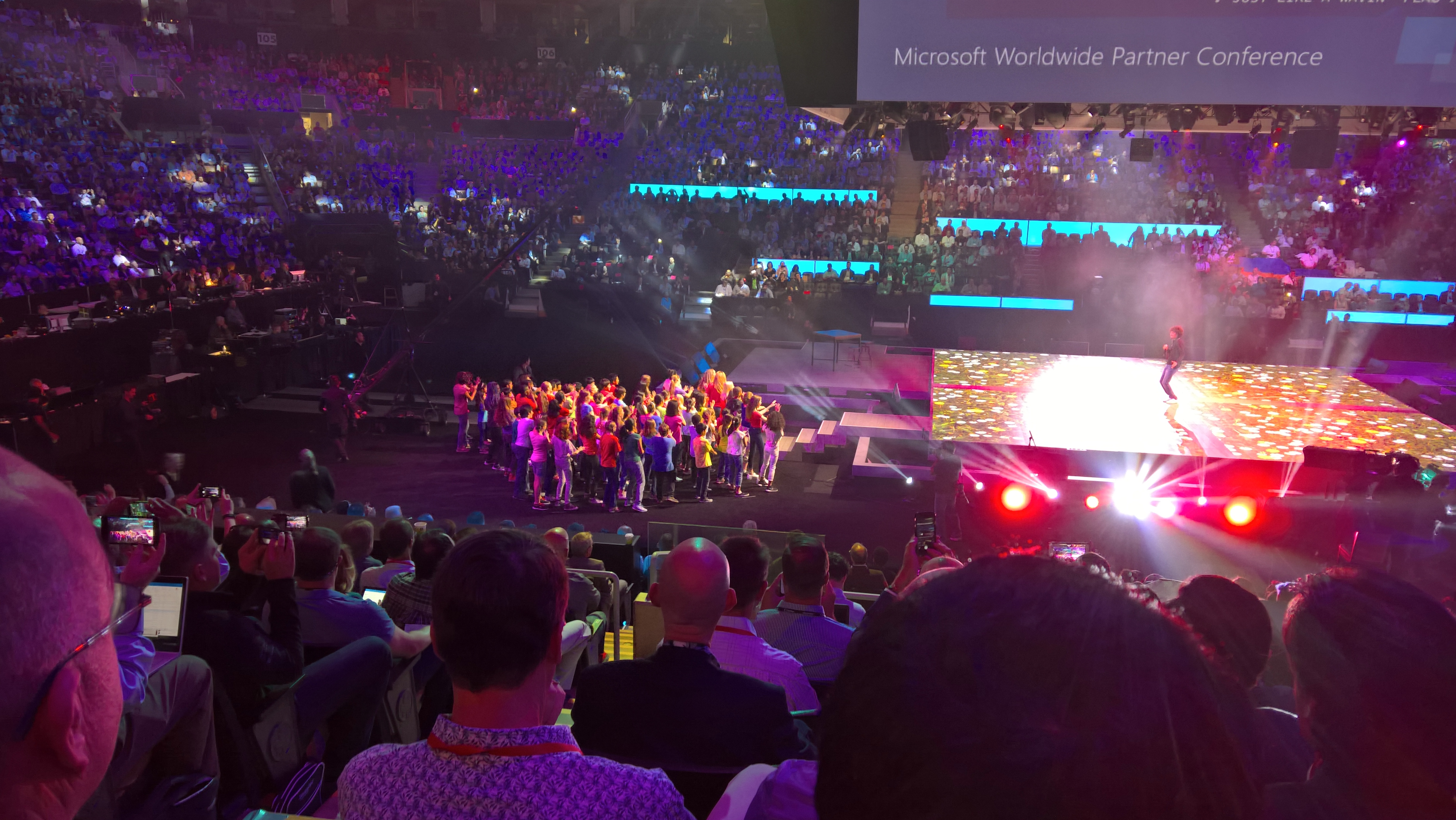 IT has fundamentally changed. Historically companies would tack lot of systems and software onto what they already had, depending on what they needed at the time, often resulting in a very fragmented environment.

Today, a more strategic approach pays massive dividends, and the capabilities of something like Office 365 (which is the glue that ties everything together) means you can continue to build in intelligence to your whole operations suite. Crucially, it also means that everything and everyone works together.

This was a major theme at the Microsoft conference (held in Toronto) which I attended last week: digitising business processes to achieve technological transformation for every business. Here’s a summary of the sentiment from the conference:

Often, a major barrier to adopting new technology in organisations is the fact that employees have to learn a new way of doing things. Microsoft is trying to get around this by building a central ‘hub’ and continually improving it. Satya Nadella explained:

“Digital transformation won’t happen with another bolted-on cloud app or a giant implementation of monolithic and closed business application packages that take half a decade to customise and deploy, and another for employees to begrudgingly learn how to use. Digital transformation requires systems of intelligence that are tailored to each industry, each company, each micro-task performed by each person. Systems that can learn, expand and evolve with agility as the world and business changes.”

This is the logic behind the new ‘Dynamics 365’ software being launched. Dynamics 365 is designed to empower business applications (across operations) to have access to built-in insights and intelligence. It’s both a ‘people-centric’ and ‘platform-centric’ approach.

To give this a real world example, Steve Clayton, Microsoft’s Chief Storyteller and General Manager, took to the stage to talk about the business case of ‘Ecolab’:

Ecolab’s mission is to conserve, re-use and recycle water. They have a Power BI dashboard (pulling data from multiple applications) of their customer sites and can see in real time how they’re performing.

Steve Clayton gave the example of an issue arising at the site of City Power – the utilisation was at 87% when it should be no higher than 85%. The quantity of water usage was continuing to increase, and we could see on the dashboard how that was impacting on the bottom line.

A sensor captures all of this information, and this triggers a number of automated processes (read: ‘Internet of Things’ in action) to fix the issue that run concurrently:

• Cortana Intelligence highlights relevant knowledge based articles around this issue, giving you all the information you need, should you be short of anything.

• A command is sent to the cooling tower to manually check the sensors are working. The cooling tower is identified as the root of the problem, and a field technician is then assigned. The technician will have been assigned by the system checking SharePoint’s library for relevant skills and expertise, and Outlook calendars for availability and geography.

• Whilst the engineer gets the problem sorted, the parts he uses are automatically re-ordered by the system and the stock records are updated accordingly. 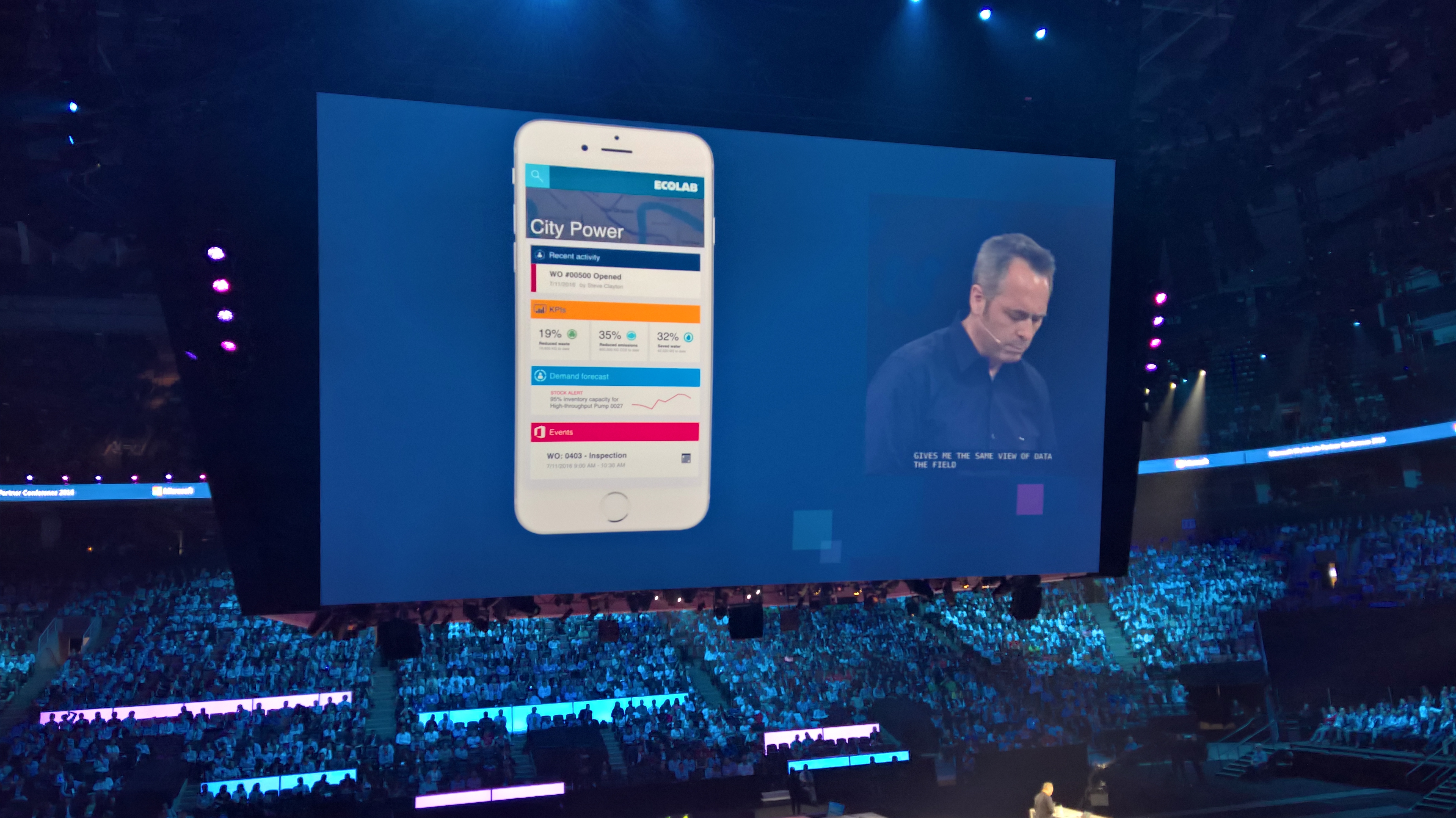 So what would have previously been fixed with a series of phone calls and emails, is now an entirely automated process using Dynamics 365, Azure, the Cortana Intelligence Suite, Power Apps and Office 365.

The customer, City Power, also has access to the dashboard and can see in real time what is being done to fix the issue (a little like a much more intelligent version of Domino’s pizza tracker if you’ve ever used that!). These things have been common in our consumer lives for a few years, but have always been tricky to implement in businesses given the vast amount of data kept in multiple locations. Until now.

A lot of applications such as this can be built within Office 365 – companies such as ourselves can build applications for our customers which can kick off a series of actions (using Microsoft Flow). A critical email alert can send a push notification to your phone, create a Wunderlist task, and update itself in SharePoint.

To see the new capabilities of Office 365 in action, take a look at the demonstration our Senior SharePoint Specialist Tony Hughes gave at our recent ‘futuretech’ conference:

‘Create more personal computing’ is one of Microsoft’s major ambitions. One of the ways they’re doing this is with their virtual reality product, HoloLens.

Previously we’ve seen HoloLens in the form of a mixed reality video game – giant evil machines emerging from behind the couch to challenge you to a laser shoot etc.

This time we got to see how it could be used in a training environment. If you wanted to learn about jet engines, for example. I’m told that there are certain parts of a jet engine which would be unwise to touch with your fingers. A HoloLens application, used by Japan Airlines, lets you interact with every single part of the engine. Take a look at the video here:

By mixing the real and the virtual environments, HoloLens is certain to grow in popularity – it’s the same concept as Pokémon Go, an app which has been downloaded 7.5 million times and currently used more than WhatsApp and Instagram. Though not everyone’s a fan of course… 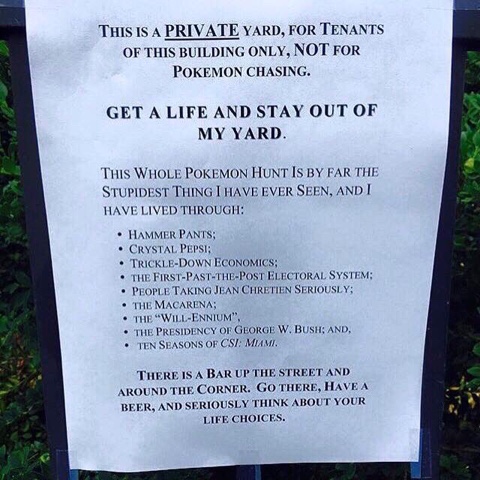 If HoloLens manages to take off, we may well see the evolution of the 2D world to the 3D world happening within the next 10-15 years. By that I mean this concept of ‘mixed reality’ – the eradication of screens, and being able to interact with both the real environment, and the virtual one you add in.

The importance of the Internet of Things

The ‘internet of things’ is a buzzword that’s been around for a few years now, but I think it’s moved beyond the ‘fad’ stage into something that leading enterprises are taking extremely seriously. It’s no longer just about turning your kettle on from your smartphone. IoT is about using sensors to collects actionable information from a vast range of geographically diverse components and in so doing building a digital, intelligent infrastructure for your business.

Microsoft offered some impressive stats at the conference: 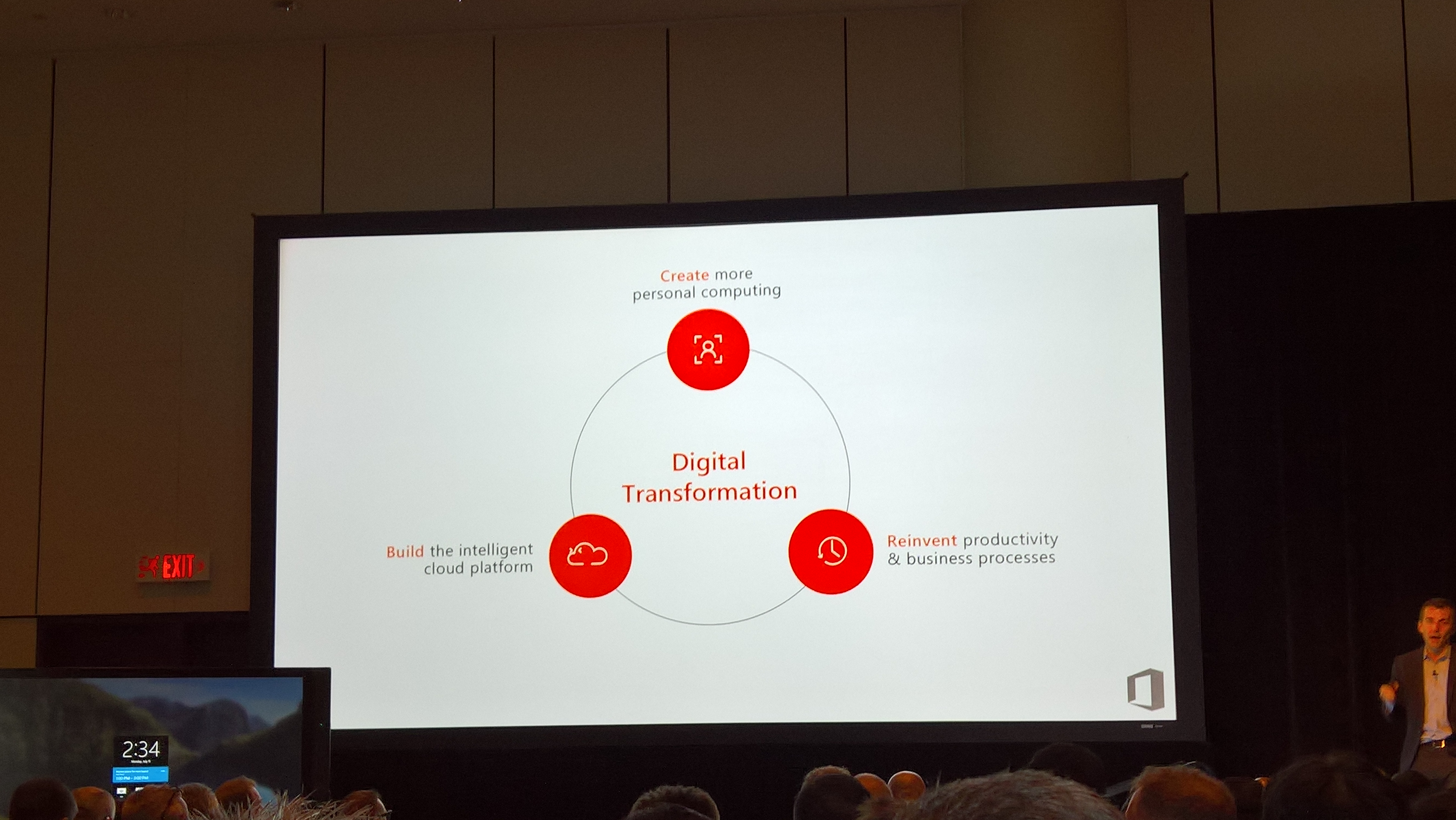 The pace of change is definitely increasing. We’ve created 90% of the world’s data in the last two years. By 2020, the amount of data stored in the Cloud will be 57 times more than every grain in every beach in the world. How we analyse the data we create into making decisions and automating processes (like the Ecolab example) will determine how quickly we, as businesses, are able to keep up with both the pace of change, and the market itself that we’re a part of.

See how Microsoft is investing in helping businesses make their first steps into IoT technology by visiting www.InternetofYourThings.com

Always a highlight at WPC is Brad Smith’s keynote. Brad Smith is Microsoft’s President and Chief Legal Officer, who is on a mission to change the laws of the internet, and is a huge promoter of defending people’s privacy online.

Brad talked about how we are in the midst of the 4th industrial revolution. The first (1760-1840) was triggered because someone built a machine that would travel faster than a horse. That someone was Thomas Newcomen, and that something was the steam engine.

Brad’s point is that each of the industrial revolutions we’ve had in the past have been fuelled by key technological inventions – whether that’s the steam engine or the micro computer. This always reminds me of a great quote by Henry Ford – “If I’d have asked the people what they wanted, they would have said ‘faster horses’. It takes a great mind, and great technology, to ultimately make the difference.

The fourth revolution is being enabled by the Cloud. It is allowing us to do all the great things mentioned above – intelligently fix water resources, train ourselves to use a jet engine, helping to cut airline fuel usage…and possibly my favourite example from the conference – keeping kids in school (cut to 11 mins 30 for this example):

Microsoft ended the conference with a rallying call to its partners to work together to “transform and disrupt, and drive the 4th industrial revolution forward”. With the technology we have access to now (as long as we take a strategic approach), that seems like a very worthy call indeed.