Home / Insights / Buy the Band or Buy the Brand?

Buy the Band or Buy the Brand? 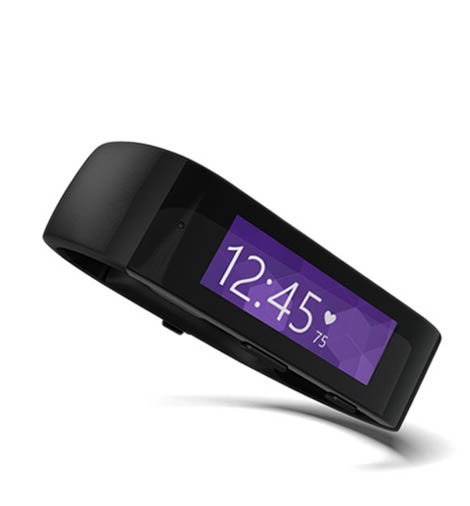 I don’t think I’ve ever seen a major brand’s new product release slip so quietly under the radar than the new Microsoft Band.

We’d heard something about Microsoft considering introducing their own version of a wearable this year, probably. But the finished product came out of absolutely nowhere.

Perhaps this was the intention. Release by stealth.

The news of the release came after the hype of the Apple Watch launch, and the inevitable attention on the wearables industry this would bring. But Microsoft are releasing their product before Apple (the Band comes out on the 15th April, the Watch on 24th April).

This is conceivably rather cunning on Microsoft’s part – riding on the wave of wearables in the news, but jumping the gun on the actual release. Nifty.

Priced at £169.99, what does the Microsoft Band actually do? Well, whereas Apple have gone after the fashionista market, making the Watch available in 32 different varieties (including an 18 carat gold version with a sweat inducing price tag of £13,500), Microsoft have very much decided that their device is a fitness focussed wearable.

This is a device which is meant to cater for every sport you might want to partake in (although oddly it isn’t waterproof, so I guess swimming is out) with no less than 10 different sensors meant to track your every move, quite literally.

I might be able to tell what 3 of those actually are. The rest, not a clue, but they sound pretty good.

I believe one of those might (or not, I have no idea) tell you how you’re sleeping as well as all the fitness information – i.e how many times you wake up, and how much ‘actual sleep’ you get during the night.

According to this techradar review, the best features of the Microsoft Band are the GPS (not every wearable comes with it) and the fact that you can download workouts. Microsoft have partnered with Nuffield Health to create ‘guided workouts’ which you can share across your devices.

Plus, everything is optimised depending on what activity you are partaking in – if you’re cycling for example, and you select the cycling app, the heart rate monitor is aware of that, and becomes tailored throughout your workout. In the running app, you can retrace your steps so you can test yourself later. 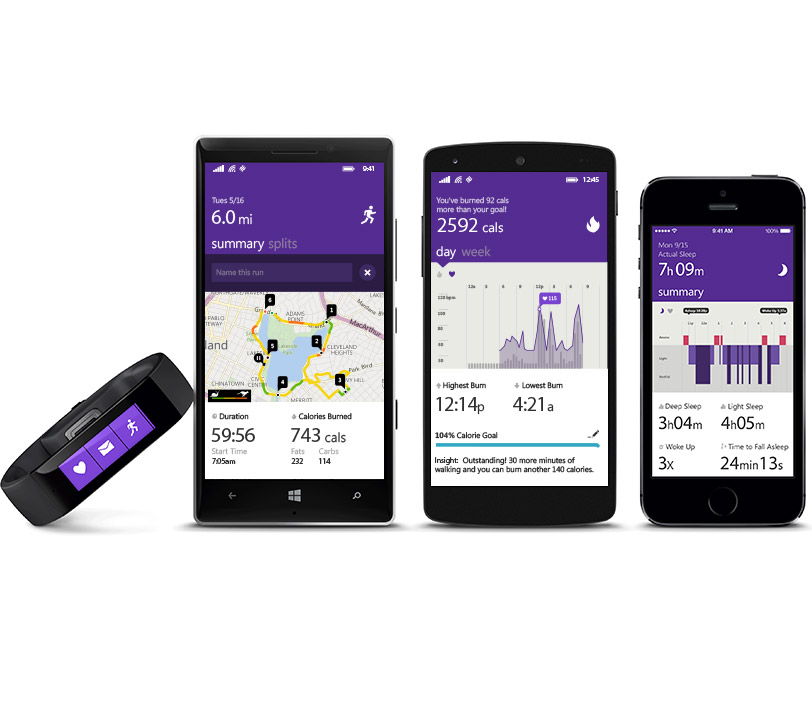 Another aspect of the Microsoft Band which would have been unconceivable a year ago (before Satya Nadella took charge) but is now par for the course, is that the Band is compatible with all major phone operating systems – iOS 7.1 and up, Windows Phone 8.1 and Android 4.3 – 4.4.

Admittedly, the Band works best with Windows Phone as Cortana becomes part and parcel with it. You can receive incoming texts, emails and other notifications from Twitter and Facebook on the Band (there’s also a ‘Quick Read’ option so you can have these read out to you) but you can only reply to messages if the device is synced with a Windows Phone, using a series of automated responses.

All in all, the Band is a feature rich device, but its appeal will be limited to those who will continue to use it on a regular basis to measure their sports activity. Stats show that apparently fitness wearables are used on average for two months by their users, before being discarded. No one has found a way to maintain the appeal for the masses yet.

Microsoft have given it their best shot by introducing the ‘Microsoft Health Platform’ which collects the data you input from the Band and then uses it to motivate you. They’re calling it a ‘health revolution’.

I guess it’s a bit like Cortana, Microsoft’s digital assistant, which is coming to the PC with Windows 10 – Cortana is designed to get to know you and your habits, and tell you useful things as you go about your daily activities.

Here’s the official line from Microsoft:

“[Microsoft Health] helps you live more healthily by providing actionable insights based on data gathered from the fitness devices and apps that you use every day. It’s designed to work for you, no matter what phone you have, device you wear, or services you use. Microsoft Health makes tracking personal fitness easier, more insightful, and more holistic.”

The key is the data (it normally is) – if Microsoft have found a way to really analyse all the workout activity and use that to continually motivate you to do more, then this device might have a legacy.

It’s certainly got a chance of becoming a major device player in the wearables market, and if Microsoft have as much success with it as they have with the Surface Pro 3 (an outstanding device) then it’s definitely game on vs. Apple.

If not, how many Bands will we see gathering dust in a drawer after a two month dalliance?

A Comprehensive Review of Cloud Security VS On-Premise Security