At least, that’s what we are made to think…

It’s in all the adverts – you have to have mega bandwidth speeds so the whole house can be online at the same time.

It’s true – most households now have a heavy reliance on internet connectivity for their relaxation purposes (not sure Call of Duty online is relaxing, but still). The demand (pun intended) of watching streamed content, delivered through the likes of Netflix, Amazon Prime and BBC iPlayer, is going through the roof. Netflix’s subscriber rate has nearly doubled in the past 2 years.

So, using the internet for more intensive purposes means we need to have decent broadband levels right?

So then why do so many businesses not take a similar approach, given the massive increase in demands and complexities on our networks?

There are 2 triggers which I think are going to have a major impact on this.

The first is that BT OpenReach, who own the pipes and telephone cables that connect nearly all businesses and homes in the UK, will be ending ISDN by 2025. ISDN (digital exchange lines) is the standard product that the vast majority of businesses currently use for their voice calls – so this is a massive change.

In fact, business broadband will no longer be as we know it.

What are people going to have to do in 9 years time? Businesses will need to put their calls through their internet lines. And that is really going to clog up the tunnel if you still have a standard broadband connection. The likelihood is that most calls will drop out if your connectivity can’t cope.

Trying to run a business on a poor broadband connection is a bit like putting gravy into a Formula 1 car. You won’t get very far, you could be doing your business some internal damage, and your competitors have a good chance of lapping you.

If your internet is slow it could be stopping you from offering flexible working, accessing information remotely, accessing information at all, proving a security hole (just look at how big Windows updates can be), productivity could be affected, and you might miss that critical email because your connection is saturated. Throw all your voice calls into the mix and….well….

Businesses had no problem in understanding the need to go from standard lines (used in homes) to IDSN lines, in order to deal with calls coming in and out of the business. Hopefully it will be the same now, when understanding the need to move to a next generation network, such as SiP trunks (Session Initiation Protocol), Fibre to the Cabinet, or an Ethernet connection.

Many businesses choose to put their most business critical applications in the Cloud (they’re doing this more and more, as our latest Cloud infographic shows), and if you’re going to do that, you have to put the focus on your connectivity first. 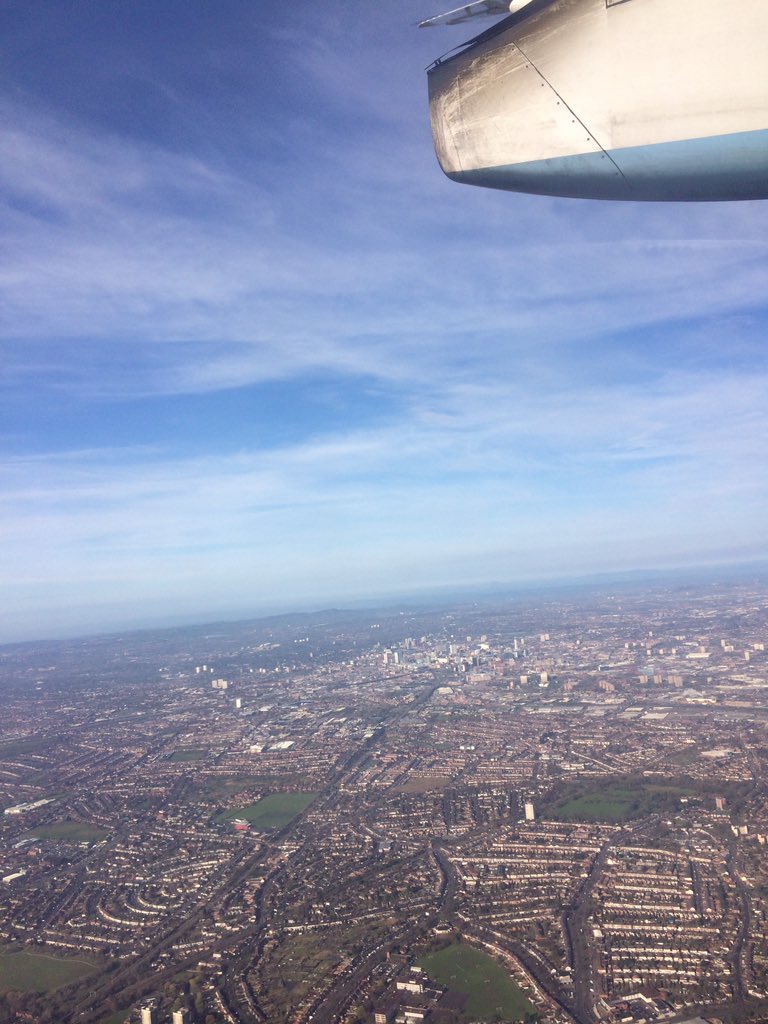 What we need to do is look at this new connected world, in the Cloud (quite apt as I’m writing this on a plane at 24000ft above the clouds), but look at it along with the way we connect to the outside world. To not do so is like buying your brand new car but replacing the new engine, tyres and interior with that from your 10 year old car.

I regularly get told that, “My home connection is better than the one I have in the office”. But the thing is, you’re not using the internet at home in the same way you are at the office. Even if you are streaming five movies at once, it’s not the same as running a business. And that’s what most businesses, even if they don’t realise it, are doing these days: they’re running their businesses online.

I get frustrated when organisations make connectivity an afterthought, but with new technology, and new industry regulations, I’m hopeful that this will start to change.

The second trigger is the merger between EE and BT, and the potential spin off of OpenReach, which has been in the news a lot of late. BT bought EE for £12.5bn and, as the BBC states, the deal “brings together the UK’s largest fixed-line business and the largest mobile telecoms business.”

BT chief executive Gavin Patterson said: “The combined BT and EE will be a digital champion for the UK, providing high levels of investment and driving innovation in a highly competitive market.”

BT OpenReach has suffered from controversy ever since it was established in 2006. Riddled with customer service problems and complaints of slower than expected internet speeds, Ofcom is now cracking down on them.

Upon reviewing service levels of OpenReach as part of the EE merger, it said, “Ofcom has decided that OpenReach is taking too long to install leased lines and is not providing adequate certainty that the services will be provided by the date first given to the customer.”

According to The Register, Ofcom have said BT will need to reduce the average time it takes from customer order to the leased lines being installed from 48 working days to 46 days by March 2017, and down to 40 days the following year. That will take them back to 2011 levels.

Once you add on the time for the Internet Service Providers to do their planning, we could be looking at 50 days (from 70 currently) for leased line services.

But what does this all mean for businesses? I suspect a lot of organisations have been put off upgrading to ‘voice over internet’ technology because of BT OpenReach’s poor track record. As more businesses realise the benefit of faster connectivity, the fact that connectivity speeds are a great deal better than they used to be, and the move away from traditional broadband happens, the service levels of OpenReach will have to improve – hence the industry watchdog holding them to higher standards.

I believe that this year will see a great change in how businesses can be contacted, no matter where (or when, but you can control that), but underpinning all of this is the connection to the Internet.

As businesses we need to adopt grown up networks ourselves to prosper in this interconnected, always available world. To not do so could be damaging.

The technology is available to allow businesses to prosper, even in the face of adversity. The risk is, trying to move forward whilst standing still. There are numerous pieces on our blog around the cloud, benefits, disaster recovery, etc. but underpinning this is a grown up network outside the business.

Yes, a business grade connection (Ethernet services) will cost you a bit more than a broadband you pay £xx per month for, but you’ll get so much more from it and I would argue a tangible return on your investment.

Telephony Webinar Part 2: Being prepared for upcoming changes that will affect your business

Read More - Telephony Webinar Part 2: Being prepared for upcoming changes that will affect your business