Home / Insights / Hands On With the Surface Pro 4: Exclusive Review

Hands On With the Surface Pro 4: Exclusive Review

When Microsoft launched the Surface Pro 3, and told everybody that it was going to be the ‘tablet that would replace your laptop’, it was met with a sense of mild bemusement.

Surfaces 1 and 2 (let’s not go there with the RT) were startlingly lacking in features and usability, and it seemed Microsoft’s device making days were numbered.

The Pro 3 was Microsoft’s last ditch attempt – if it didn’t work, it would be unlikely they would make another one, at least not under the Surface brand.

Incredibly, the Surface Pro 3 blew its predecessors out of the water. Microsoft managed to come up with a genuinely well spec’d, good looking, fast tablet that was enterprise-ready. And it spurred the market for the 2-in-1 device. You can read more about the Pro 3 in this blog by my colleague Steve ‘I’m Never Buying A Laptop Again’. 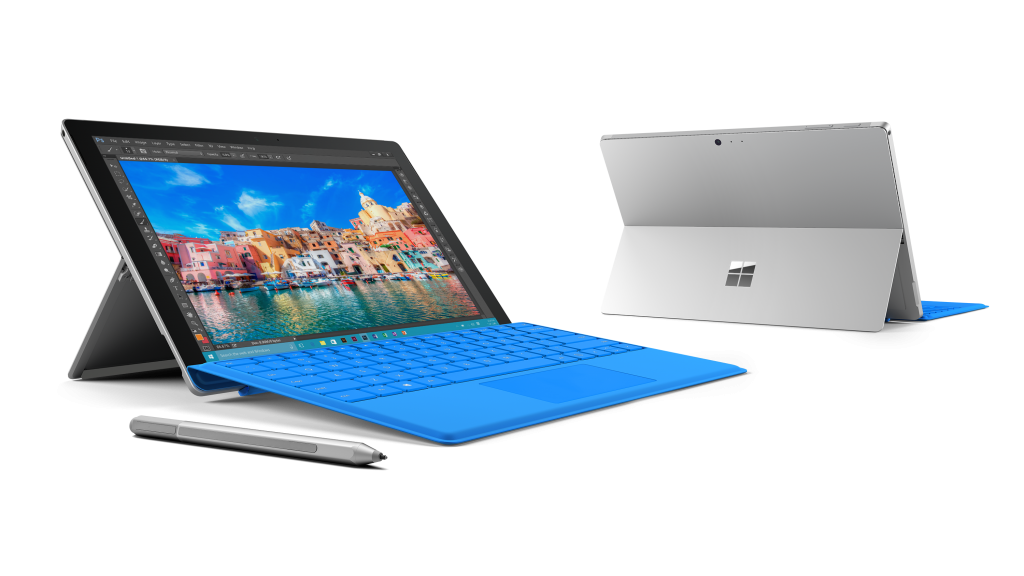 I’ve played with the Pro 3 plenty of times, but my main device for the past 2 years has been a HP Spectre Ultrabook. My first foray into the (now booming) 2-in-1 device marketing (2-in-1 meaning you can use it as both a tablet and a laptop) is the brand new released Surface Pro 4.

Having had it for a week, here’s my hands on review complete with some very short video demonstrations on key features.

One of my favourite features (which will become available on more devices) is the Windows Hello login. Here’s how it works:

If you don’t like Windows Hello you can buy a more expensive keyboard that comes with a biometric fingerprint…but that really seems pointless to me.

Windows Hello is very secure (much more so than passwords!) incorporating both facial and retina recognition, and Microsoft are working on putting Windows Hello onto all your applications in a feature called Windows Passport.

So if you left your laptop unlocked, they still couldn’t access CRM for example (without your face at least). This could really mean the end of having to remember lots of different passwords…

Getting into some spec figures, here’s how the Pro 4 measures up:

The Surface Pro 4 works almost perfectly with my HP docking station which I used with the Spectre. I say almost because there’s a slight bug that when I first dock it, it makes desktop icons massive. I have to restart and that seems to sort it out. It takes less than 10 seconds to boot, but still this is an annoying bug.

The Surface Pen is included in the price (unlike the Apple Pencil which costs an additional $99). It’s very sensitive (four times more sensitive than the Pro 3’s Pen at 1024 pressure points) and great for creative types. Here’s a quick demo of the Pen:

The downside to the Surface is that there is no cellular option – it’s WiFi only. The iPad still gives you the option for 4G if you want to take a data package. Since the Surface is aimed at business users that shouldn’t put many people off, but it’s something to consider if you don’t want to hunt out for a WiFi spot constantly whilst using it out and about.

The specs between the Surface Pro 4 and the iPad Pro are very similar – in fact there’s hardly anything in it, apart from the data storage options. However a big advantage (in my opinion anyway) that the Surface has over the iPad is the connectivity – it has a full size USB 3.0 port, Mini DisplayPort and microSD card reader.

To complete the package I bought the brand new Microsoft mouse. Here’s a quick demo of that, as well as showing you how the Surface Pro 4 works in both tablet and laptop mode.

Just to summarise, the Surface Pro 3 took everyone by surprise. The Pro 4 builds on everything they did right, and you can feel the quality within the device. If I have one gripe (aside from the docking station bug) the fan can get a little bit noisy. Which doesn’t bother me, but it might it you’re planning on running graphic intensive programs.

There are a few decisions to make in terms of what spec would be right for you. If you want any advice please get in touch with us (we’re one of only around 60 authorised resellers of the Surface Pro 4 in the UK) and we will be more than happy to have a chat about how you might use this device in your business.