Home / Insights / If cash is King, is Bitcoin the Spare?

If cash is King, is Bitcoin the Spare? 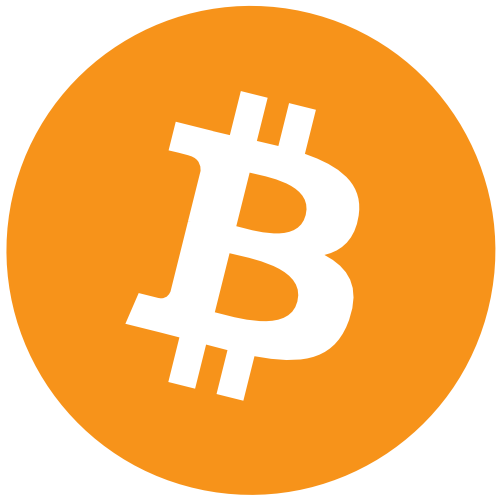 Most people have heard of Bitcoin, but do you know what it really is?

I’ve had some interesting and varied answers when I’ve asked people this question. “Magic money,” was one. “Internet money,” was another. I even had one person say, “Drugs!”

It’s not surprising that people don’t really understand what Bitcoin is. For a start, it’s not an organisation, it has no CEO (or does it?), it has no employees, and it cannot go bankrupt.

A couple of weeks ago a man called Craig Wright claimed to be the founder of Bitcoin, but stressed he ‘did not have the courage’ to provide proof of this. That in itself is intriguing enough, so what exactly are we talking about here?

Bitcoin is a piece of open-source software which helps people make financial transactions over the internet in a secure way, via a decentralized payment network.

Doesn’t really clear it up does it?

Let’s take a quick look at the history of money in order to find out why something like Bitcoin would come to fruition.

In ancient civilizations, we traded using assets that had a trusted value. For example, trading 20 eggs for a jug of milk, or five sheep for a cow.

Then, people started using standardised assets against all of their transactions i.e. gold, silver, and bronze. The main reason for this was to establish a commodity which has a trusted value at any point of time.

After that, we developed banking systems and printed notes which, at least in theory, should have a trusted value of an equivalent quantity of gold. During the past thousand years (at least) coins had to be managed by a centralized trusted institution such as an empire treasury, banks, etc.

Cash, for a while, was King.

This was the case until, in 2008, a white paper was published on the internet by a man called Stochi Nakatmoto (who Craig Wright is purportedly claiming to be). This paper talked about a new financial structure called Bitcoin, which could help people transact a crypto-currency using a secure payment network.

The system was effectively a gateway interface for banking infrastructure.  Had we found ourselves a spare for the game of cash thrones?

Bitcoin’s USP is that it’s a completely decentralised system. It’s the equivalent of gold when it was used as a currency – it has no regulation. Although of course Bitcoins have one advantage over gold – they can travel instantly. So in essence Bitcoin takes us one step backwards, but another step forwards.

Although Bitcoin wasn’t the first proposed digital currency system, it was the first to solve an issue which led to the failure of all the previous systems. It’s called the ‘Double Spend’ issue, which in simple terms meant finding a way to ensure that a digital user can’t send the same digital money (which is effectively a code) to two or more recipients – at least not without being caught.

Bitcoin’s solution to Double Spend was simply to make everybody in the network informed of each payment, using a public ledger to verify credit and transactional history.

So, when A transfers to B the amount of one bitcoin, everybody will know that A has one less bitcoin and B has one more bitcoin, without knowing who’s really A or B – this way everybody on the network can be self-policing, and no one can change it or fake it.

Why is Bitcoin important today?

It seems people are taking more and more notice of Bitcoin, or at least the technology upon which it presides.

As the BBC writes,

“What was once marketed as a global currency – free from government restrictions – is now seen as a burgeoning technology that can help improve the world’s financial system and change how information and assets are stored and shared.”

Why is that? For starters the technology which underpins Bitcoin is called Blockchains, which means encrypted computers can make changes to a global record without needing a middle man. That cuts a vast amount of costs.

Secondly, financial institutions haven’t enjoyed the best of reputations in recent years. Aside from the payment protection insurance debacle, we’ve all heard stories about a lot of the major banks suffering data breaches.

Then there’s the likes of the TalkTalk hack where banking details as well as names and addresses of certain customers were alleged to have been stolen.

With Bitcoin, this can’t happen. It doesn’t keep any personal details – personal identities are hidden, and if you want to manipulate the public ledger, you will need more users to support your case than all the users who exist on the network. To put this to scale, the existing computer power of Bitcoin is more than the top 500 supercomputers combined!

Another important fact about Bitcoin is that it’s accessible for all internet users; this is several more millions of people than people who has access to the standardised financial institutions.

So why wouldn’t you use Bitcoins?

The issue here is largely around the murky waters in the lack of regulation. Which will be seen as an advantage for some, but a disadvantage for others.

For example, hackers who like to use Cryptolocker as an attack method (a piece of malware that holds your data to ransom) often do business with Bitcoins. The fact that you can’t trace Bitcoins back to an owner certainly helps with that.

Also, the alleged founder of Bitcoin can’t quite bring himself to prove it – so that probably rings a few alarm bells amongst those who might not want to trust such a system in the first place.

Those who prefer the safety net of a middle man (i.e a banking institution) may not be too inclined to abandon this 1000 year trend.

“The only reason for an ordinary person to use bitcoin in their day-to-day life is if they have been betrayed by their nation and its currency.”

However, governments have been trying to establish some level of regulation to the digital currency industry, in an effort to cut down on tax dodging and money laundering.

Could we see an increase in the use of blockchains?

The BBC says that,

“Eventually blockchains could allow users to exchange the rights to all sorts of assets, like houses or stocks, update records and make payments without relying on a third party to verify the transaction. But for this to become a reality more users will have to join blockchains.”

It’s simple enough to do – all you need to do is to buy some Bitcoins and start spending them.

If you want to know more about Bitcoin, this Forbes article about living on it for a week is a good place to start.