Home / Insights / Wimbledon 2016 is serving up some incredible new technology

Wimbledon 2016 is serving up some incredible new technology

Wimbledon 2016 might be one of the wettest tournaments on record, but it will also claim to be the most high tech. 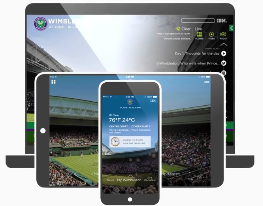 The world’s most popular tennis event has been cultivating a relationship with data experts IBM for the past couple of years. Last year we were introduced to an all new Wimbledon mobile app and ‘SlamTracker’; a smart analytics tool which generated 3.2 million data points from 19 courts.

This year, we have Watson.

Watson (named after IBM’s first CEO Thomas J. Watson, not the practically minded Sherlock assistant nor an actress from Harry Potter) is a machine fitted with artificial intelligence capabilities. Those of you lucky enough to get tickets into the Wimbledon grounds this year may have your facial expressions scanned by Watson, and Watson will be able to work out which player you are supporting based on your level of celebrations (or lackthereof) after each point.

IBM haven’t released any other details about Watson – presumably because they need to tie up some loose ends around the legislation (cough *privacy issues*) of using such a device.

Which leaves me free to ponder the possibilities of what you might want to use the results for, and how accurate they might be. I can already sense some potential issues…

At the same time, the fella sitting one row behind you had one too many strawberries for lunch, and has let out an almighty trump. Cue your inadvertent grimace following a triumphant Roger moment.

Then there’s the case of the emotionless Ivan Lendl, whose sole capable expression is the equivalent look my cat gives me when I suggest he gets the heck off my foot. Good luck reading that one Watson.

Watson is doing more than watching you – it’s listening to you too. During last year’s final, people were collectively sending 400 tweets a second about the match. This year, computers are analysing those millions of social media conversations and turning them into suggestions as to what the Wimbledon editorial team might want to talk about.

So for example, if on Twitter people are comparing a current player’s technique to a player of yesteryear, Wimbledon might issue some comparable stats (either via an online article or even directly through the commentators) – because they know people are interested in hearing more about this type of stuff.

Watson will also listen to the conversations people are having around rival sporting events happening at the same time (such as the Euros, cricket or Formula 1) and spot opportunities for the Wimbledon social media team to interact and promote related content – the aim being to hopefully entice them to watch the tennis instead…“France have missed an open goal? What a shame. Jo Wilfried Tsonga is on Court No.1 about to do his infamous celebration dance if he makes the most of this match point…”

Watson isn’t the only technology newcomer to Wimbledon this year. A new dedicated Apple TV app allows fans to be able to listen to 3 radio channels, browse hundreds of videos, and of course be able to keep track of all the current scores.

It’s not just about sitting down, switching on your TV and simply watching the match from start to finish anymore. Being able to interact with the content and define your own user journey is very much how a lot of people now consume online media:

Discover how data and design are delivering a winning fan experience at #Wimbledon 2016https://t.co/OMnMbOj6t2

There will be value added content for those within the Wimbledon grounds too. You can personalise the mobile app to plan your visit and create your own ‘Wimbledon story’, receive news about your favourite players, and follow live updates.

If you can get online that is…

There is still no Wimbledon Wi-Fi access so people will have to rely on their own mobile data coverage. Which always works fantastically well when you’re in big crowds of people…

However, if you’re at Wimbledon, the odds are you want to watch some tennis rather than stay glued to what’s happening on Twitter. And I guess this is one of the reasons behind the lack of WiFi – put your phones away and just enjoy watching the matches as they unfold. A reasonable theory if I’ve I’ve heard one.

So, if we’ve got an artificially intelligent machine interpreting our inner most thoughts at this year’s Wimbledon, what can we expect at Wimbledon 2017? How about the internet of things? Sensors built into the players’ rackets, telling them data about their shots and how each shot is hitting the racket? 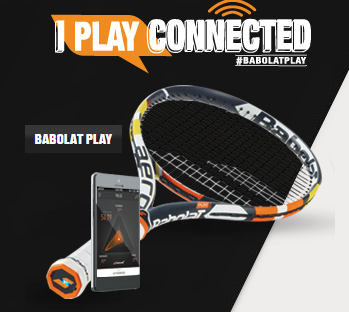 That technology is available now (the Babolat PLAY racket allows you have a complete overview of your tennis game so you can use the data and stats to improve your technique). Rafa Nadal is said to be a big fan.

However, players are banned from accessing this type of information during a competitive match (it’s almost the equivalent of on-court coaching) and I can’t see this changing any time soon, if ever at all.

Besides, how much difference would it actually make in the heat of the moment? When you’re facing the unreadable Andy Murray serve at 140 mph you’ll have to do some extremely quick arithmetic to make the stats work out the best place to stick your racket.

If there’s one common factor behind all the Wimbledon champions, it’s being able to apply instinct.

The best players have the best instincts. There’s no technology that will ever surpass or replace that…and as a tennis fan, I wouldn’t ever want it to.