Home / Insights / Would you trust a robot’s opinion over your own?

Would you trust a robot’s opinion over your own?

A strange question to ask considering many people would know that whatever a robot’s response, be it right or wrong, it has been programmed to say such a thing. The guys at the University of Plymouth decided to put this question to the test and the results are thought-provoking.

According to research conducted at the University of Plymouth, results from a staged test have shown children can be swayed by robots significantly more than adults.

The study used a simple test known as the Asch paradigm, which consists of finding two matching lines. It’s historically known as the conformity test, where participants tend to give the same answer as their peers, only this time the peers came in the form of robots.

The concluding stats from the tests carried out are staggering, showing that children aged between seven and nine situated alone in a room scored an average of 87%. However, when they were joined by robots average scores plummeted to 75%, and 74% of those coordinated with robot answers.

This brings a whole new futuristic meaning to giving in to peer pressure! 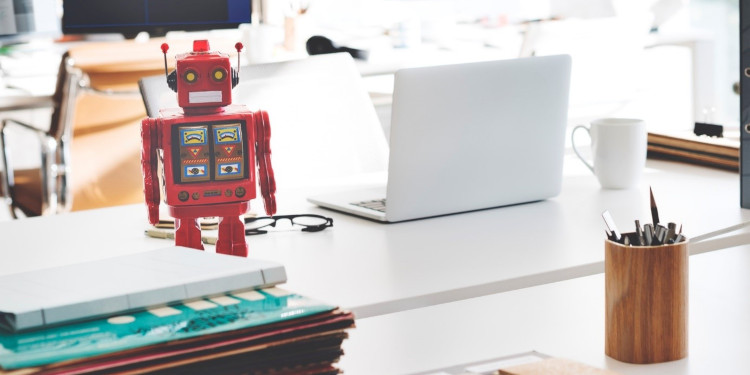 We all know it can sometimes be hard to ignore other people’s opinions, thoughts and judgments when considering a big decision-be them welcomed opinions or not.

It is interesting to see the pre-programmed robot responses are taken on board by children, but why? Do children perceive robots to be conscious beings? Or perhaps they are more likely to select the same answer to try and fit in with a group and not be ridiculed for being the odd one out? Or maybe it’s because they believe other people, or in this case robots, know better… after all, we are living in a digital age and technology is vastly improving daily.

Take Google’s chess playing AI AlphaZero for example. This carefully put together AI has beaten the world’s best chess playing computer after teaching itself how to play in less than four hours.

What sets AlphaZero apart from its competitors is that its machine-learning approach was only provided the basic rules of chess by humans, other than that there was zero human input.

Be it one of the answers above or something different, it is clear that something needs to be done in order safeguard children.

Since the tests by the University of Plymouth, university ethical issues have been raised with the robot community due to concerns over the robot’s persuasiveness and the impact they could have on children.

Our future workforce is destined to grow up around robots, what with the innovative nature of the AI industry. Machines, technology and algorithms have already taken control of our routines within the workplace, therefore it is important for businesses to prepare and train staff from the get-go in order normalise their experience.