A 'Dash' to the shops could have a whole new meaning

It’s been over 20 years since Amazon disrupted the world of retail by creating the ‘never ending’ book store. It was an idea that seldom few thought would work, but in July this year, Amazon posted record profits for the third straight quarter in a row, with revenues of over $30b. A big chunk of that will be from AWS – Amazon’s cloud service – which launched in India this year.

As a result, its founder, Jeff Bezos, became the fourth richest person in the world, pushing Facebook’s Mark Zuckerberg out of that spot. 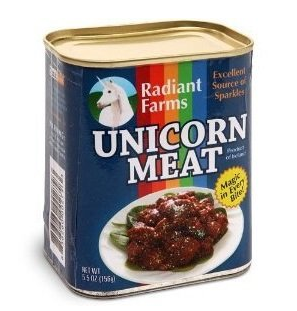 Amazon originally set out to create a mammoth brand, with the aim of persuading their customers to use their services again (and again and again); as evidenced by this shareholder letter written by Jeff Bezos in 1997:

“We have invested and will continue to invest aggressively to expand and leverage our customer base, brand, and infrastructure as we move to establish an enduring franchise.”

22 years on, that remains as true as ever with the UK launch of ‘Amazon Dash’ for Prime customers. Already well established in America, ‘Dash’ is essentially a Wi-Fi connected button that, once pressed, can deliver you various household goods (toilet paper/ razor blades/ washing up liquid/ condoms…) within 24 hours. 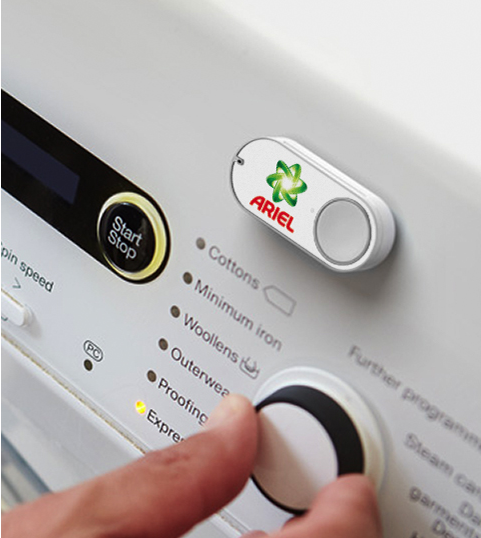 You will need a different button for each product, as, at the moment, the workflow is only configured for each specific order (i.e if you set up your button to deliver you a 12 pack of Andrex toilet tissues, that’s what you’ll get every time you press the button).

Once you’ve pressed the Dash button, you’ll get a notification on your phone confirming your order and an option to cancel if you wish. Once the button has been pressed, any clicks after that won’t be registered for 24 hours. Which solves the issue of your toddler/cat/absent minded partner (delete as appropriate) from wiping out your monthly income with multiple clicks.

I asked my fellow bloggers whether they thought they would use Amazon Dash. It was about a 50/50 split in favour or against.

Of those who sensed the appeal, there still were a couple of issues identified:

Steven said, “I probably would use Dash just to give it a go for those ‘under the sink’ products, but I don’t fancy having 45 buttons all over my house… Another concern is that you get no approval on the price or a comparison. What happens if Fairy liquid doubles in price from Amazon and I just keep hitting the button? However, a button on each level of my fridge, one for ‘meat’ ‘dairy’ ‘veg’ and ‘pretentious ale’, pre-programmed to my usual shop for each…now that I could use.”

Mike said, “While I like the idea, it’s too limited to be an improvement over just nipping to the shop (5 min walk) or just using Amazon Prime Now on your phone. If you could get a generic button, and program it for the exact product (or list of products) you want, then maybe I could find a use for it.”

Amazon are reportedly working on a generic button to do just that, but they’re “not there yet”.

On the face of it, ‘Dash’ doesn’t seem all that revolutionary. There’s a ‘one click’ button on Amazon’s website, surely this is just an even easier/ more convenient version of that?

Nope. Amazon Dash is a kind of a big deal – and here’s why:

Amazon built their empire on making things easier for the customer. Want verification that you’re making the right decision? Read the customer reviews. Not going to be in to receive your delivery? Choose a time and place to suit you.

The first era of e-commerce was all about convenience. With the ‘Dash’ button, it’s all about the customer tie-in.

Pressing that button further removes the concept of handing over cash, so as a customer you become less and less aware of what you’re spending. Couple that with the fact that, as Steven pointed out, you might not be able to benefit from the same amount of deals, discounts, or comparison shopping with Amazon Dash.

Here’s the thoughts of one Dash user:

“If I buy my Mach3s through Amazon’s actual website, not only can I spend less money on razors, I can choose from seven pages worth of other Gillette razor options, full of different sized packs, disposables, bundles, clippable coupons, and more. Plus, on other items, the website allows me to see price per sheet. Amazon’s Dash button interface leaves these money-saving details behind along with Add-on items and Subscribe & Save.”

In an era where you can go online to check the price of anything (an era initiated by Amazon itself, I might add), are Amazon now trying to tempt us away from such cost saving initiatives?

Don’t get me wrong – I like pressing buttons as much as the next big kid. And there are definitely people who would benefit from Dash – mainly those who can’t make it to the shops easily.  Plus, I’m not really a ‘list making’ type of person, which means most of the time I’ll come home from the supermarket and slap my forehead when I realise I’ve forgotten one of the essentials…probably the same essential I went to the supermarket for in the first place.

But think about how much data Amazon will be learning about you. They know your favourite brands. They know how much you use. They know when you’re likely to need more. As Will pointed out, “I’m a bit against how revealing all that data is about your own life. I’m already swamped with emails and adverts based on online activity. I know you can change settings and say “I’ve already brought that set of headphones thanks – stop showing me it!” – but similarly, my wife isn’t very tech savvy… so when it gets near my birthday I know what I’m likely to get as the watch/shirt/experience suddenly appears on website advertising sections.”

I’m looking forward to my, “Are you still looking for canned unicon meat?” email.  Talk about opening a can of worms…

The amount of data Amazon will likely collect on its Dash users is the true goal of the service, rather than making revenue on the buttons themselves (they cost £4.99 but you get that cost removed as soon as you place your first order).

Amazon Dash leads us into an era of ‘buying automation’. This is likely to be further embedded with the ‘Dash Replenishment’ service where your connected appliances will be able to order on your behalf when your supplies are running low. So, of example, your Wi-Fi enabled Samsung printer can order you more toner when you’re about to run out.

It plays on the concept that the fewer interfaces you have with the buying process, the less likely you are to shop around.

This is a new era of e-commerce: the tie-in. That being said, have they got it right? Is Amazon Dash actually solving a real problem?  And how many of us would choose convenience over cost and choice?