Recently I was asked to look at a piece of technology that I hadn’t ever used before (I know that’s a shock right? – Despite what rumours may have been spread, I don’t actually know everything…:) )

What I was looking at is irrelevant to this story, but like most people who come across technology which is alien to them, my emotions were mixed between fear and excitement. Mostly fear….

When I actually cracked open the box and got into it though, parts of the system seemed somewhat familiar, and the basic syntax of the language was like an old pair of shoes that I hadn’t worn for 20 years (although I’m not sure that fashion could cope with them now!).

So, putting the fear to one side, I started to reverse engineer (AKA, take it apart).

I saw a TV documentary once about how the Hedgehog and Tenrec diverged 100 million years ago, and yet have (by what’s called ‘convergent evolution’) evolved a similar independent set of features.

It is the same in the technology world (more or less……). What you find is that both the terminology, and application user interface, are similar across a lot of applications, despite coming from different vendors.

So when I started to look at this particular alien technology, I began to compare parts of it to applications I knew very well, such as Microsoft Dynamics NAV and Sage 200.

The sales order processing and purchase order processing elements were very similar across all three applications. I decided to use the experience I’d gained by working with small to medium sized businesses over the years, and found that I could apply this to my ‘alien’ technology. And so my initial fears began to subside.

Once you take emotion out of a situation and begin to apply logic, you find that quite quickly you can overcome any challenge.

We all have had to use some alien technology in the past, or had to adapt to another world where the sun shines purple.

But when you use your past experiences and other technologies you have used, you can find that the ‘Alien’ becomes a lot more human after all!

As I took the alien craft for a bit of a spin, I started to remember some of the other technologies I’ve used over the years for the very first time.

Prior to using Dynamics NAV, my focus for accounting and ERP products had been on products like Sage Line 50 and Sage MMS. But the transition was a similar experience (albeit with early versions of Sage MMS, it was a very bumpy ride!)

However, although many technologies share a significant element of common DNA, every once in a while you’ll see a complete change, and the technology you’re using will have evolved so far, it will feel like you’re working with something from another dimension.

When Microsoft Dynamics NAV 2009 was released, this came with a new user interface; the Role Tailored client.

This transition was alien to a lot of people, not just for the fact that the way you worked with the product was slowly being deprecated. There was also a switch in the way reports were created. The reporting tool moved from the traditional NAV based, to SSRS (SQL Server Reporting Services).

With the release of Dynamics NAV 2013, the classic client (or to put it another way, the way it worked) has been removed completely.  But the overall user experience is far more intuitive.

For things we don’t understand, it’s tempting to simply put them off or not think about them. It’s the fear of the unknown.

However, evolution isn’t a bad thing. Developers like myself frequently use a framework called .NET, but many of the core applications for Microsoft Dynamics didn’t start out actually being built in .NET (it’s a historical thing…).

That does make certain elements of what we do pretty alien at times, but we are seeing a shape shift in the underlying development language, to more mainstream Microsoft languages. That will certainly make things more consistent for everybody.

So that’s my Alien Technology story. If you have any experiences with technology that was alien to you at first, I’d be interested in hearing about it. 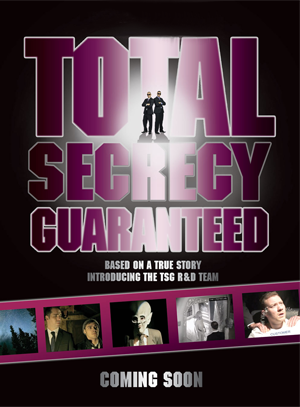 Coming soon to a screen near you….