Home / Insights / Is Apple up to the Jobs?

Is Apple up to the Jobs?

“We have officially run out of ideas for new products.”#AppleEvent

Whilst that tweet was probably a little harsh, it’s true that Apple’s 21st March event in Cupertino didn’t offer much in the way of thrills.

Thrills that they used to be notorious for in the Steve Jobs era.

To be fair, this was never supposed to be one of those types of events (that will hopefully be in September, with the likely releases of the iPhone 7 and the heavily tipped Apple Watch 2). And I know I need to get over the fact that the Steve Jobs era is behind us. But wouldn’t it have been great if all the restraint leading up to this event was a deliberate bluff, and on the day Apple succeeded in blowing our minds?

That being said, there is plenty to talk about from this event, with some very interesting announcements by Apple.

Despite the lack of ‘wow’ new products, it gave us a good indication of where they’re hedging their bets in the incredibly competitive devices market. It was less, “We’re bringing something new to explode the market” and more “We’re being tactical and want to compete so we’re making small fixes.”

Tim Cook started the event by addressing the elephant in the room. “We will not shrink from this responsibility,” he said, referring to Apple’s ongoing battle with the FBI about protecting customer’s data with encryption, after Apple refused to help unlock an iPhone 5c belonging to someone who had committed terrorist offences in the US last year.

Apple’s argument for not breaking into the iPhone is that it would build a ‘back door’ into Apple’s security settings and put every other iPhone owner at risk (my colleague Paul Burns wrote a blog about the topic which you can read here).

Just hours after Apple’s event, the FBI declared that they had asked the Justice Department to call off the next hearing, saying that they might have found a way into the iPhone without Apple’s help. Reports suggest that Tim Cook was told of this news just before the event. If the FBI have found a way to break into the iPhone (via the suggestion of a third party which will need ‘extensive testing’ before being carried out), the repercussions of this latest development could be massive… 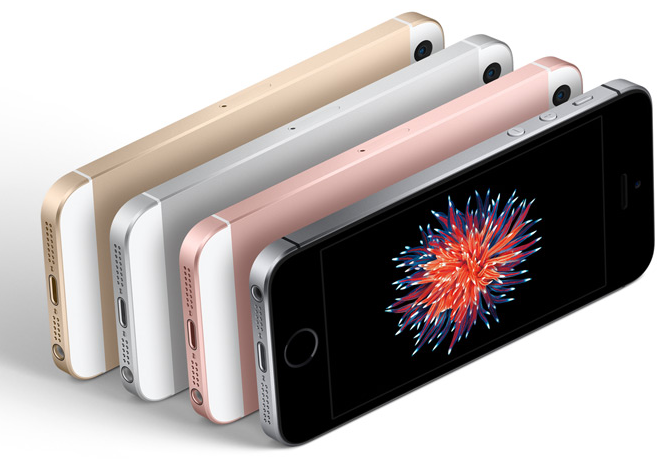 The most interesting reveal from the event was Apple’s decision to launch a new 4” iPhone, called the iPhone SE (which stands for Special Edition). It’s the same size as the iPhone 5c from 2 and a half years ago, but packs the same punch as the latest iPhone 6s.

There’s nothing drastic to see here, and I’m not sure people will be queuing up at the Apple store the night before its release, but it’s likely to be a popular seller for two particular markets:

1) People who currently own an iPhone 4 or 5 and are happy with the screen size, but would like a faster phone. The price (starting at £359) is Apple’s ‘cheapest ever iPhone’ and so the cost to upgrade to an SE is more justifiable than the flashy 6s. Whatever temptation there was to move to Android for cost purposes is slightly less now.

2) Apple really want to further penetrate the Asian market, where their brand is loved but good, cheaper options are on the increase.

The SE announcement hasn’t been without its critics. Techradar is currently running a humorous poll on what people think the ‘SE’ should actually stand for. Amongst the current top runners are ‘Standard Edition’, ‘Subtle Earmuff’ and ‘Sorry Everyone (Who Wanted an iPhone 7)’.

Apple themselves tried it with the 6 Plus. The 6 Plus and the 6 (and their latest ‘S’ editions) have proved enormously successful. So whilst it seems like a surprising move to release a 4” version, they’re probably not trying to get iPhone 6 owners to upgrade to an SE.

Personally, I’ve got an iPhone 6 and I think the 4.7” version is perfect; I wouldn’t go back to a 4” phone now. These are very definitive markets they’re targeting, and I’m not in either of them.

If Apple have got their thinking right, the SE could prove to be very popular. Tim Cook said that 60% of those people using smaller iPhones have not yet upgraded, so there’s a big pool to go at, who are familiar with the smaller screen size. And the benefits of upgrading are strong: an A9 processor chip is very fast. It has a 12 MP rear-facing camera that can take Live Photos and 4K video.

The only disappointing aspect is the resolution makes no improvement on the 5s’ 640 x 1136. But still, it’s a premium handset, at a not so premium price (it’s £170 cheaper than the iPhone 6s).

There are plenty of rivals out there with 4” screens, but these are largely cut down, cheaper versions of their larger screen sized sisters. Apple did try this themselves a few years ago with the rather garish iPhone 5c, without a great deal of success, relatively speaking. Learning from that, they’ve made a fully formed iPhone 6s, in a 5c body.

Incidentally, the iPhone 5c and 5s have both disappeared from the Apple Store. Now that the SE is becoming available, I guess they thought why would you buy a 5c, when you can now get something that looks exactly the same, is much more powerful, and costs less?

The Apple Watch announcement was an interesting one. That’s come down in price from £245 to £210. Which is a strong indication that Apple are trying to get in a 6 month surge before announcing the Apple Watch 2 later on in the year. 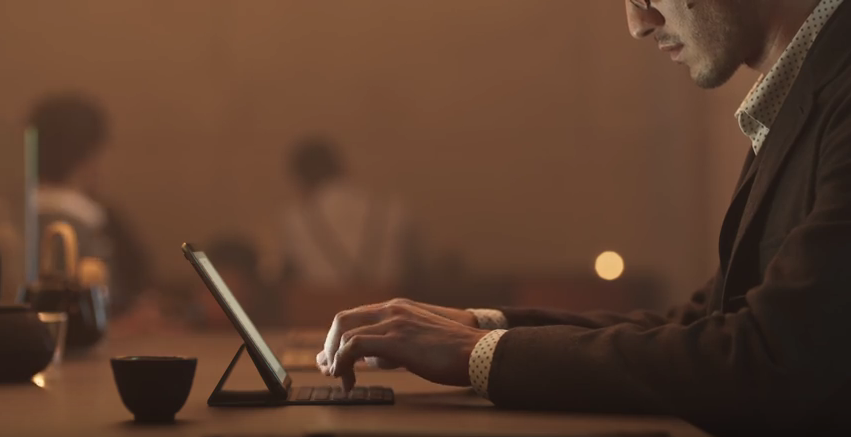 Continuing the ‘it costs less but we haven’t stripped it down’ trend is the new 9.7” iPad Pro. It’s an alternative option to the debut 13” version released last year, and is pretty much the same size as an iPad Air.

Reporting on the event for The Telegraph, Cara McGoogan wrote: “The iPhone SE and smaller iPad Pro both show that Apple is beginning to understand that it can create affordable products that are just as beautiful.”

Despite the smaller size, Apple are still pitching this version as a PC replacement. Whilst unveiling the new product, Phil Schiller, senior vice president for worldwide marketing at Apple, said, “There are over 600 million PCs in use today that are over 5 years old…This is really sad… These people could really benefit from an iPad Pro.” (I’m sure there’s a better way he could have put that).

Lastly, meet Apple Liam. A robot who can disassemble your old iPhone and keep the important parts, and you get to help save the planet at the same time.

Why’s it called Liam? Your guess is as good as mine – Apple didn’t make us privy to that information. But it’s a worthy initiative and part of Apple’s corporate mission to waste less, and use renewable technologies to power their processes.

So the strategy behind the ‘new Apple’ under Tim Cook seems to be to take less risks, and consolidate certain markets. Which makes complete sense.

But as a Steve Jobs fan, who misses those launch events in the late 2000s where you felt like anything could happen, it does leave a slightly bitter taste in my mouth…