Now that the Christmas season is in full swing, it’s acceptable to write a blog about it…right?

Christmas is the one time of the year that you can ask for, or splash out for, the high-tech gadgets you’ve had on your wishlist for months. From phones to tablets and beyond, we give you our best gadgets to get your hands on this Christmas

The iPhone 7 was always going to make it onto this list. Released in September 2016, Apple’s latest phone is sure to be a continued hit amongst the masses. The iPhone 7 drew a lot of criticism initially thanks to the removal of the headphone jack – sacrilege for the phone that evolved from the iPod. The first releases of the iPhone 7 come with a dongle ‘adapter’ and wireless earpods, so early users don’t have to buy new headphones. But it does mean that, if you’re using wired headphones (and let’s be honest, the earpods don’t look very durable), you can’t listen to your music through headphones while charging your phone. A disaster for long-haul journeys.

Other new, and less criticised features, of the iPhone 7 include:

The iPhone 8 is promising to be the most spectacular yet (which is what you’d expect), but you can bet your bottom dollar this phone will be on many a Christmas list.

At a cool £2,700, it might be a little bit expensive. But if you had an ultimate technology wishlist, the Surface Studio should definitely be at the top. Our Chief Technology Officer Paul Burns got his hands on one while attending the Microsoft Global Advisory Council he sits on in Seattle, and it’s safe to say he was blown away. 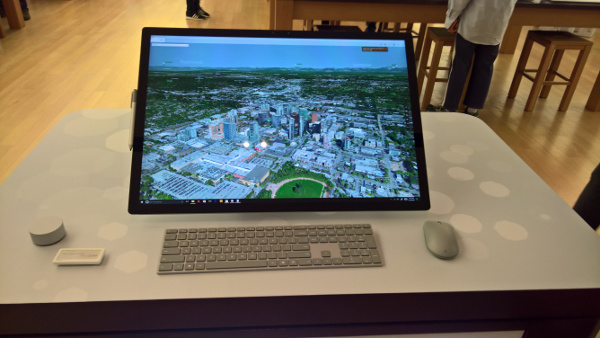 Like the Surface Hub, it’s super-fast with a very responsive touchscreen. We’re big fans of the Microsoft Surface line here at TSG – many colleagues use Surface Pros as their main device – and it’s like a fancier, blown-up version of a Surface Pro. The display is crystal clear, which is not only good for a Netflix binge but also for the creatives out there. The Surface Studio has been created with graphic designers in mind, allowing for greater control over design work. The Surface Dial perfectly complements the functionalities of the Surface Studio and adds an extra dimension, allowing designers to fine-tune their work. The Surface Dial also works with the Surface Studio generally, making Control Panel actions and simple tasks like zooming and scrolling, much more user friendly.

A big talking point of the Surface Studio is its tilt; the screen flattens on its four-point hinge to a 20-degree angle, which feels natural and ergonomic.

I’m getting a little ahead of myself here, because the Surface Studio still isn’t available in the UK. Technically you can’t add this to your 2016 Christmas list, but on the plus side you’ve now got more time to save up for this fantastic piece of technology.

Virtual reality (VR) is not a new concept, but headsets that are compatible with our smartphones have exploded onto the scene in 2016. Experiencing VR worlds is now no longer the exclusive domain of the rich technological types, with lots of affordable and high-quality options on the market. Here’s our pick of the top mobile-compatible VR headsets.

Google’s VR headset is one of the newest smartphone-compatible VR headsets, and also one of the most affordable. Released alongside the tech behemoth’s flagship Pixel phones, the Daydream View is easy to set up and use, and works using Google’s Daydream app. This headset uses Near Field Communication (NFC) to link with the phone, and allows you to play games and use apps like Hulu and YouTube. Google has tried to make the Daydream View the trendiest of the headsets, with a washable fabric design. The controllers that come with the headset not only allow you to immerse yourself in your gaming experiences, but are sensitive enough for you to draw according to Google; making the Daydream View another product arguably aimed at designers. 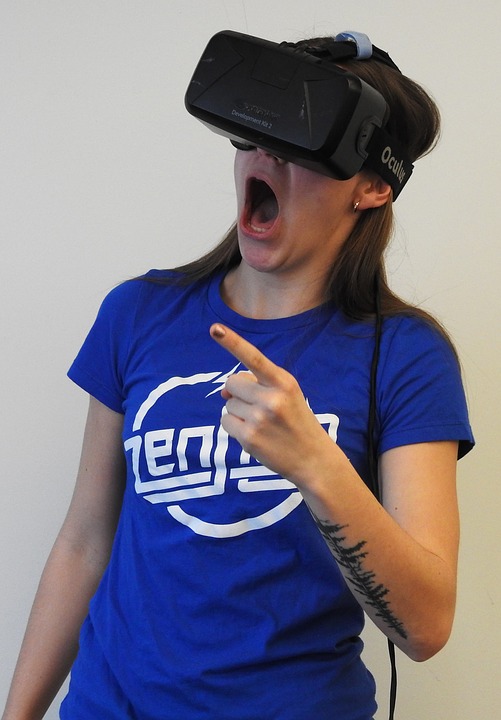 Something of a veteran in the affordable VR headset market, the Samsung Gear VR is specifically made for Samsung Galaxy devices. This headset is powered by VR pioneer Oculus, which is owned by Facebook. The Gear VR has a lot of games and media content to hand, as you’d expect from the model that’s been around longer than many of its competitors, but the costs can add up quickly. You can also attach additional accessories to the Samsung Gear VR through its external port. While the 96-degree field of view is shorter than other VR headsets, the highly-accurate 360-degree head tracking makes up for that.

There’s plenty of iPhone-compatible VR headsets out there, so it can be difficult finding a good quality product. The View-Master was the first iPhone-compatible headset to be sold in Apple stores, and although it’s no longer available via Apple, the tech giant’s trust in this headset reassures you that it’s quality. It works with most modern smartphones, but the original View-Master product, which has been around for over 75 years, works with reels that you can put into the headset. A bit basic, you say? Maybe 75 years ago, but these physical reels are now enhanced with augmented reality (AR) to bring the reel content to life. This is a great, catch-all virtual reality headset.

Like VR, the Internet of Things (IoT) has been a hot topic of 2016. The IoT simply means everyday devices that are connected to the internet and can transmit data. If you’re a total tech geek and your home is already kitted out with connected devices, you’ll love the Singlecue, which acts as a centralised hub for all of your connected ‘things’. Its compatibility with over 100,000 devices means if you own a lot of internet-connected devices, it’s a great tool. Singlecue is still looking to the future, with the intention of connecting to even more devices and offering even more functionalities like smart electric sockets and a smart home hub.

Singlecue works with simple touch-free finger gestures – swipe left or right to change your TV’s channel or media input, or even put a finger to your lip to mute your media. It’s a bit of a novelty at present, but it’ll make you feel like a powerful overlord.

Yet another hot topic in 2016 has been around Artificial Intelligence (AI). While much of the debate has centred around the risks it poses – top science buffs Stephen Hawking and Elon Musk have issued stark warnings – it plays a huge part in our personal lives, and presents a number of business opportunities. We’re already using AI in the form of Siri and Cortana, and now Amazon has launched an AI virtual assistant to rival the rest with Alexa and the Amazon Echo.

The Amazon Echo (or shall we speak of Alexa?) boasts voice recognition that gets better over time and can answer questions, action commands, play music or control your other IoT devices. The microphones are powerful enough to pick up your commands wherever you are in the room, and the device must be connected to your electrical sockets to work; that seems less restrictive once you realise the Echo is a pretty hefty weight. For a portable option, you can now get the Amazon Echo Dot, an itsy-bitsy version of the Echo. The downside is that the Dot doesn’t function properly as a speaker, so you’d have to connect a Bluetooth speaker to it.

Tablet-laptop hybrids are becoming more and more popular, and there are more versions out there than ever before. But it’s hard to find one that functions effectively as both. As mentioned earlier, we’re big advocates of the Microsoft Surface Pros, and many TSG colleagues use them as their primary machines for both work and personal use. The versatility of the Surface Pro means it can be adapted to business and play; Microsoft has made easy work of using design programmes on the touchscreen, while streaming movies or playing games is a pleasant experience, thanks to the crystal-clear displays and lightning-fast RAM. More affordable versions come with smaller RAM and memory, but the Surface Pro 4 is the most capable of the bunch by far. If you love a tablet, but you need a laptop for the additional functionality, the Surface Pro does both jobs and is enjoyable to use.

Will any of these gadgets be on your Christmas list this year? Or are there any you think we’ve missed off?