Home / Insights / Still got QuickTime on your PC? You should quickly remove it…

Still got QuickTime on your PC? You should quickly remove it... 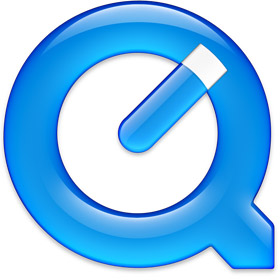 In the wake of a constant stream of news stories about cyber threats, yet another vulnerability has been exposed which has led to Apple announcing the end of support for QuickTime on Windows.

A security company discovered two critical flaws within the software which could leave any PC still running QuickTime open to malicious code attacks, and as a result Apple have decided not to issue an update patch – instead making the decision to cease support altogether.

It’s prompted the US Department for Homeland Security to issue a recommendation to uninstall immediately. As The Independent put it, “It is only a matter of time and luck that any computer with it [QuickTime] on isn’t affected.

It’s another one to add to the list and comes in a week when, as part of my research into an exciting new product, I’ve read about:

Once the domain of the techies, cyber security is now getting plenty of airtime on mainstream TV; even the local TV news magazine programme covered email spoofing last week. Email spoofing targets businesses with an email from the boss, requesting an immediate payment to a new supplier that looks remarkably legitimate – and very well researched.

It’s something we’ve already covered a number of times in the blog, because it’s so widespread and, if it works, the results can be devastating.

In the case of QuickTime, it’s relatively easy to uninstall (here are the Apple instructions for Windows users) and for those who have made the move to Windows 10, the chances are it’s never been installed in the first place.

So, now’s the time for an operating system amnesty!

Please feel free to admit, without recrimination, if you’re still running an obsolete system such as Windows XP or Vista. But please take action at the earliest opportunity to sort it out. Hackers tend to target machines and operating systems that aren’t up to date, as they can often contain security vulnerabilities.

And as for the exciting new product I’ve been researching? I’ll leave that one for our CTO, Paul Burns to reveal when the time is right and he’s calmed down a bit.