The Apple and Microsoft Olympics

Like a lot of people in the UK, I recently came down with the highly infectious disease commonly known as ‘Olympic fever’.

Pacing the floor whilst Jason Kenny’s fate was being decided after the first of two false starts in the cycling keiran? Check. Watching the women’s hockey final with my hands all but covering my eyes, barely able to cope with the tension? Check. Staying up till 2am to watch Mo Farrah stay on his feet to become Britain’s most successful track athlete of all time? Check.

Whilst the majority of the Olympic team arrives home today, I’m not ready for it all to be over yet, so this blog has a bit of an Olympics theme to it. It’s all about Microsoft and Apple, and what they are each doing to keep the competition who are biting at their heels at bay.

To do this, I’ve chosen 3 Olympic events which I’ve deigned as convenient metaphors for Apple and Microsoft’s plans – for now and for the future.

The business world is moving forwards at an incredible pace. It’s said that in the next 5 years, 4 out of the current top 10 market leaders will be displaced. It seems to have that the companies who focus on innovation, are winning the race. Think Uber. Think Netflix. Think Airbnb.

In fact, 67% of executives believe that digital transformation is now “a question of survival” for business. And Microsoft recently announced that the average increase in operating income amongst the most digitally transformed companies is £60m.

So, what are Apple and Microsoft, arguably the 2 most influential companies in the world, doing to ensure they don’t become one of those 4 casualties?

AKA, the challenges that Microsoft and Apple are currently facing:

Apple’s most recent financial reports didn’t make for the best reading. Their revenues were down across pretty much every aspect of their business, including a massive 33% drop in China. The iPhone has always been Apple’s most profitable product, but it has now dropped to fifth place in China’s smartphone shipments, behind the leader Huawei and other local brands – Vivo, Oppo and Xiaomi.

These phones are much cheaper than the iPhone, but they have similar specifications. Making it a bit of a no brainer for the non brandaholics, which means Apple currently have to settle for a non-podium spot.

This is a double blow if you think about the fact that the cheaper iPhone SE was meant to boost Apple’s popularity in developing markets. So, the iPhone 7 had better have something very clever up its sleeve…

The challenge for Microsoft is that they’ve made a bit of rod for their own back with their most successful device: the Surface tablet. Microsoft were expected to ditch the Surface brand completely if the third generation went the same way as its 1st and 2nd – i.e, a damp squid. Now, Microsoft are now making $1 billion (around £750 million) every quarter from the range. 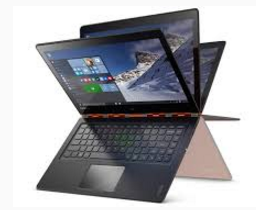 The Lenovo Yoga is the “world’s thinnest convertible laptop,” (well, that’s according to Lenovo) and yet still packs a powerful punch with ultra fast processing speeds (minus the noisy fans).

It also has an (advertised) 18 hour battery life and though Microsoft say you can get 9 hours out of the Surface Pro 4, we’ve seen it average around 5. And then there’s Apple’s own iPad Pro which outstrips its rival in a few key areas – you can see it up against the Surface Pro 4 in our ‘Device Battles’ episode.

More of the same doesn’t cut it anymore. So, unless Microsoft can come up with something genuis for the 5th generation (we’re thinking a much longer battery life, and maybe a 4K screen which would make its productivity and entertainment capabilities leading edge) Microsoft could be the first casualty of the very market they were responsible for creating.

So what about short term goals for Microsoft and Apple? What have they got in their immediate armoury?

For Apple, it’s all about the iPhone, revenues of which are 23% down from last year. Here’s what Tim Cook says about that:

“I am very optimistic about the future because I see so many signs that are positive. I see an install base that has gotten incredibly large, I see a switcher rate that is the highest ever, I see the smartphone itself, led by iPhone, becoming more instrumental in people’s lives.”

Apple are expected to announce the iPhone 7 and iPhone 7 Plus (and perhaps a ‘Pro’ version) at their event on the 7th September.

– The removal of the headphone jack, replaced by wireless headphones. This may also pave the way for a second speaker grille, which would mean the iPhone would be the first to offer true stereo sound.

– A ‘Force Touch’ home button – i.e not a physical button – just a motor inside the iPhone to give you the sensation of a button being pressed.

– Various small aesthetic changes and the possibility of a longer battery life.

Also likely to be released in September is the Apple Watch 2. We don’t know much about this other than the promise of Tim Cook that the Apple Watch will get “better and better”. However we’ll probably see an improved battery performance and perhaps a ‘Pro Watch’ version, alongside various app upgrades and more of a focus on health.

Apple are also currently undergoing a rebranding exercise for their retail outlets, aka the ‘Apple Store’. They announced today that they are dropping the ‘store’ bit and are simply going to be known as, you guessed it, ‘Apple’. The idea is that they are less ‘shopping destinations’ and more ‘community gatherings’, to further embed people into the Apple ecosystem.

With no Surface Pro 5 tablet on the horizon, Microsoft are trying their best to make their Surface customers more ‘sticky’, hence the recent announcement of their ‘Surface as a Service’ offering.

Unlike Apple, which is more of a consumer brand, Surface as a Service is aimed at all businesses, from SMBs to enterprises, and will offer new devices on a subscription basis to make the costs more manageable.

On the phone front, sales of Windows Phones have fallen dramatically year on year. During the second quarter of 2016, Microsoft managed to sell 1.9 million smartphones (compared to 8.2 million this time a year ago).

It seems that no one, not even Apple, can stop the dominance of Android. They have an 86.2% market share of the second quarter in 2016, whilst Apple’s iOS only has 12.9%. What gives, Google?

According to Gartner research director Roberta Cozza, it’s all down to innovation. “Google is evolving the Android platform fast, which allows Android players to remain at the cutting edge of smartphone technology,” she explained.

Microsoft believe their best shot at the smartphone market is to wrap it up in the same package as the PC one. Hence the ‘all in one’ offerings we’re starting to see appear, such as the Lumia 950 and the HP X3, both running Windows software.

These phones can be plugged into a monitor to make a PC experience, whilst you will still be able to use your phone as normal. We’re going to be comparing these two smartphones in another ‘Device Battles’ episode very soon. Here’s a quick look at the X3, which makes the bold claim that the ‘world of computing is about to be re-invented’:

What then are the long term strategies for the two technology giants?

It’s not easy to talk about Apple’s long term strategy, since their secrecy standards could rival most military operations. Apple never say that they’re working on anything until they’re just about finished with it and can announce a shipping date. All we know for sure right now is that they are spending more money on research and development than they’ve ever committed to previously (triple, in fact).

So whilst we can only talk about rumours, it’s a pretty safe bet to say that you’ll be able to glance upon an ‘Apple Car’ before too long. Believed to be giving Tesla a run for their money the Apple Car is probably going to be electric, and might even be driverless (apparently Apple recently signed off an NDA for cylindrical lithium-ion batteries with a developer in South Korea).

Ford are convinced that a car is what Apple are spending the bulk of their R & D budget on. Shortly before their own recent announcement about the Ford driverless car, Ford boss Mark Fields stated that the Apple Car provides them with, “the right motivation to make sure we stay very focused not only on the product but overall on the experience that the customer has interacting with the product and the services that we have.”

For Microsoft, the goal is not about forcing people to buy Microsoft hardware in order to get a Windows Phone (which was Steve Ballmer’s plan). Nadella wants to put the Cloud first, and this means offering Microsoft services and software on not just its own, but also its competitors’ platforms.

In fact, Microsoft actually loses money if you buy a Nokia phone. Where it makes its money is adding users into the Microsoft Cloud, and getting you into that Windows 10 ecosystem (a gateway into the Cloud).

Windows Phone didn’t even get a mention at Build 2016. Very tellingly, Microsoft gave equal billing at the event to Android, the iPhone, and Windows 10 for mobile.

For Microsoft, it’s not necessarily about the device, it’s how we interact with that technology.

A big question has been whether Microsoft can rejuvenate the declining PC market. I don’t think they want to. They’ve set about creating a new one (one which might not even have screens). And first up as part of that is the race for the ‘face computer’. HoloLens, Microsoft’s virtual reality headgear, looks impressive:

Another interaction which Microsoft are planning is the use of ‘Artificial Intelligence bots’, set to be integrated into messaging apps. Pitched as ‘conversations as a platform’, AI bots will remove the inconvenience for you of doing things like making a hotel booking, for example.

Let’s hope it goes better than Microsoft’s first attempt to introduce a chat robot to Twitter, which had to be deleted after 24 hours when the robot (‘Tay’ she was called, to appeal to the Taylor Swift generation) started to become a sexually provocative, Hitler loving racist. Seriously.

Rebuilding your company structure, leadership team, and fundamental services for the sake of digital transformation is no mean feat. But that’s what Satya Nadella has done, and from the looks of it, he hasn’t finished yet.