Starting this week, Transport for London (TfL) will be tracking passengers travelling through the city’s underground Tube network via their smartphones.

A trial-run of the system in 2016 proved successful in helping the local government body to better understand the way commuters use and move through the London Underground, allowing them to subsequently manage delays and send targeted information about avoiding congestion.

The new approach will use WiFi transmitters at various points throughout the network to collect data from commuters, which will be used to paint a picture of their journeys and the real-time footfall at each station.

Passengers will be able to opt-out of having their data collected by turning off their WiFi, however, this will limit their access to the internet in certain areas of the network that are black holes for phone reception.

It’s understandable that there are some feelings of fear and apprehension surrounding the announcement. Data protection is a serious beast, with genuine consequences for personal security and wellbeing if not addressed and considered in all areas of a business. The fact that the data collected would not be subject to GDPR access requests has also set alarm bells ringing, but TfL has assured that this is due to there being no way of directly identifying individuals from their phone signal.

Personally identifiable information (PII) is the only data subject to GDPR regulations; anonymised data can’t be abused in the same way. If TfL was mishandling any data that included personal information such as login credentials, bank details and anything associated with your identity, such as your date of birth, this would be a different story as all of the above would be much more valuable to criminals who can use this information for personal gain.

It’s easy for a moral panic to spiral out of control at the thought of being ‘tracked’ by technology, and calls for commuters to turn off the WiFi on their phones come from a place of genuine concern. But in my opinion, if you’ve got nothing to hide, then you have nothing to worry about.

TfL has not yet made it completely clear as to what extent its data collection will go to, although Lauren Sager Weinstein, Chief Data Officer at TfL, has previously stated that the company has a responsibility to be completely transparent about how it handles customers’ data and that the body relies heavily on guidance from the ICO. Though, I personally don’t think anyone with potential access to my phone activity will be bothered that I text my partner in a panic because I forgot to get the chicken out of the freezer, or that I have a reminder in my phone to go for a run this evening that I will almost definitely pretend I didn’t see.

Jokes aside, I can understand the concern – Hollywood used to make films about robots and ‘Big Brother’ cameras taking over the world in a warped dystopian future, and now it’s become somewhat of a reality – but it’s important not to miss the point here. If TfL can pull this off and use the data/information it collects effectively, then true automation and AI can prevail, giving commuters the efficient service they so desperately long for (although, Londoners will never know the true pain of inefficient public transport until they have tried to catch a metro in Newcastle where the timetable is frequently non-existent, you lucky, lucky people).

TfL is leading the way with innovation in the big data space and others could take note. It has identified that there’s an abundance of valuable data passing through and being generated by its services every minute and has then decided which specific insights are actionable and can have the most impact on improving how its service operates.

TfL, as well as over 8,500 external developers, are already using valuable data from the network to create informative visualisations; presenting a clear narrative in formats that are easy for commuters to understand. 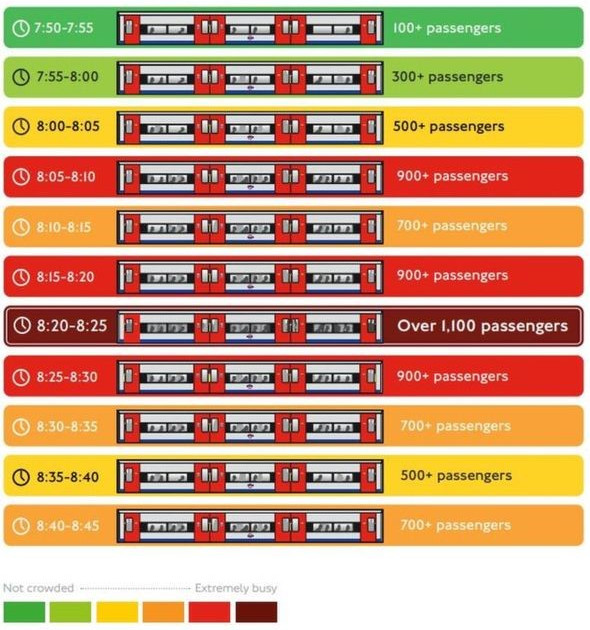 The reality is, our data is being collected everywhere and most of the time we don’t even realise it. Often, the purpose is not malicious, but instead is to improve the customer experience. With today’s consumer demanding more and more from the services they use, businesses are having to meet this demand by finding new ways of improving operations.

I know not everyone will agree with me. However, as long as companies are keeping my data safe from those who would use it harmfully and are complying with privacy regulations, I’m ready to welcome use of it that will make my life easier.

TfL has previously made it very clear that it understands some people just don’t want to have any personal interaction with it, and that’s totally fine. The organisation has planned its data strategy and the systems used within it with all types of customer in mind, allowing them to limit the data it processes.

The constant activity of businesses and their interactions with customers generates mountains of data daily, some of which will be useless. However, those who are taking action to implement innovative BI technologies to sort the ‘diamonds from the rocks’, or in other words turning their data into actionable insights, are winning the race to stay one step ahead in delivering the best possible customer experience.

Our IP team recently took part in a ‘hackathon’ alongside Microsoft and customers from the social housing sector, developing use cases for bots and artificial intelligence to help housing associations improve their operations. Keep your eyes peeled for a blog from TSG’s Head of Product Development, Laura Heath, where she’ll be discussing the best bits of the workshop.

Microsoft has also been building experiences and solutions using AI for the retail sector; M&S is using insights for action to build the future of retail.