Home / Insights / Updating The World: From Windows 10 to Tesla

Updating The World: From Windows 10 to Tesla

Tomorrow, Windows 10 will officially be here. Windows 10 is Microsoft’s latest version of its now almost 30 year old operating system (Windows 1.0 was released in 1985).

I’ve had a peek at it; it has some nice touches, along with some new toys to play with like Edge (replacing Internet explorer) and Cortana (yep, her of Windows Phone fame).

This is the last time Microsoft will release a completely new version…or at least that’s what they’re saying.

Once Windows 10 is released, future updates will arrive on your PC/tablet/phone as necessary, rather than being held back for the next major version release. So there will be months between upgrades, rather than years.

Will it be better? The signs are good, but time will tell. Not waiting years to see major issues fixed has got to be a good thing. It took Microsoft a year to develop and release Windows 8.1 which aimed to put right some of the gripes associated Windows 8.

Interestingly though, Microsoft have already been doing this ‘none version updating thingy’ with the Xbox and Xbox 360 for ages, so it makes sense to go this way with Windows.

However, this is nothing new for other industries. So whilst this is a headline making move for Microsoft and Windows, for many, it’s business as usual.

This ‘updating thing’ (we might as well call it that) has been around a while. Apple have been doing it for years, as have Google. But it’s not just technology companies…it seems the whole world is going down the update path.

Whilst researching this blog, I found that car manufacturers are taking this road. As I’m writing this, I’m looking at an article on the internet which is advising owners of Chrysler Jeeps to update their on-board software, as hackers have found a way to take remote control of the vehicle. Now that’s scary.

Tesla, the all-electric car maker, regularly update their vehicle operating systems – version 7 is due in mid-August this year.

I spotted a Tesla once whilst sitting in a queue of traffic on the Tyne Bridge here in Newcastle (something of a frequent occurrence for me as I commute to TSG Towers here at Gosforth). However, I had never really had a look at them closely, so decided (in the interests of research) to take peek.

Tesla is owned by Elon Musk (he founded PayPal and also owns SpaceX, which builds rockets – what a great answer that must be to the ‘tell me what you do’ question!) and it looks like they are doing some awesome things with electric cars.

I’m a self-confessed petrol head and have been known to stop and stare when one of my ‘hero’ cars whizzes by (my dream car has always been a 1988 BMW E30 M3). However, in my mind Tesla has until recently been, well, ‘meh’.

Electric cars: I can take them or leave them. I’m thinking Nissan Leaf or Chevy Volt, neither of which I find terribly interesting.

Only Top Gear’s Hammerhead Eagle i-Thrust made me sit up and take note, although admittedly that was for a whole host of different reasons (the on screen childlike buffoonery being displayed by Messrs Clarkson, May and Hammond being one of them).

However, there has been a recent announcement about a new upgrade for the Tesla Model S that really got my attention. The upgrade in question was the addition of a new ‘Ludicrous Mode’

Seriously – that is genuinely what they’ve called it. Now I would love to have a car in my life which has such a mode (Car Magazine, 20th July 2015, ‘Ludicrous Mode’), although I may need to save up a bit first…

Ludicrous mode is, would you believe it, one step up from the previous ‘Insane mode’ which already made the car quicker, in, well…an insane way. 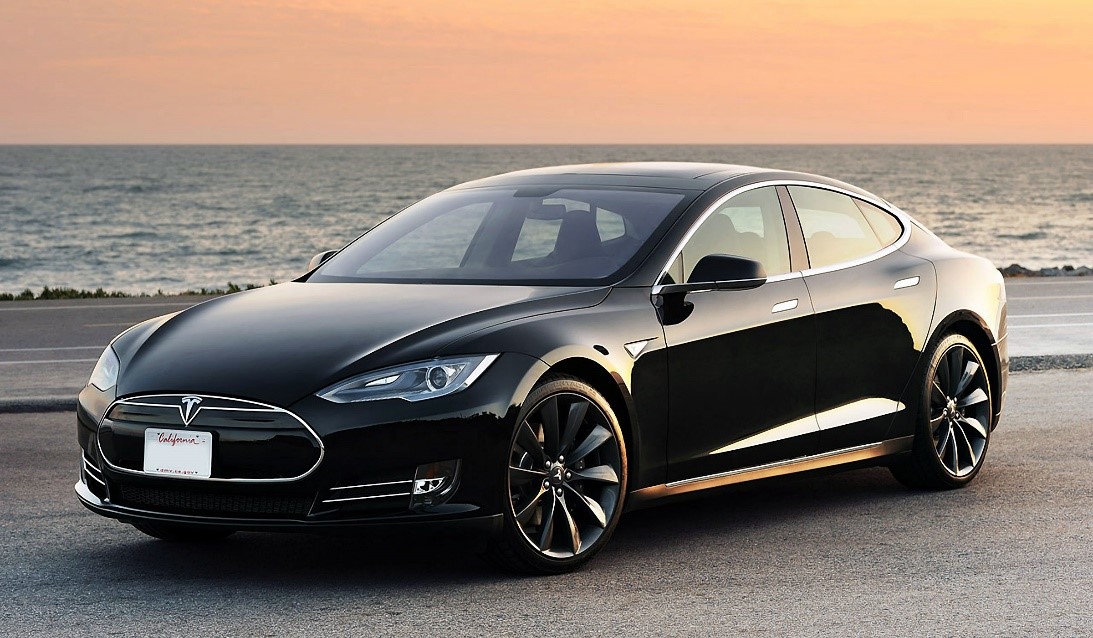 Ludicrous mode will allow the model S to accelerate from 0-60 in 2.8 seconds. That’s super car territory (there are only about 10 production cars in the world faster than this) and this thing has four doors, no petrol engine and weighs 2.2 tonnes. It looks good too (see picture) – really good. Watch out Ferrari, Lamborghini and McLaren et al.

Apparently, passengers will experience 1.1g under what I imagine to be ferocious acceleration, which (according to Tesla) is faster than falling!

My point is that this upgrade can be retrofitted by existing owners of the Model S, so they can update their car to the latest specification. This takes upgrading and updating to a whole new level. No longer would you have to agonise in the garage wondering which package to go for – you will be able to update it as and when you like.

I wonder what’s going to be next from Tesla. Will they make the car even faster? Could I create my own upgrades and driving modes? How about a ‘Jeremy Clarkson’ mode? This would be a high revving, tyre trashing, sideways driving, grin inducing, ‘I really need a sick bag’ kind of driving mode (shouting would be optional).

Makes me wonder if other car manufacturers will also start to offer this kind of service? Why not? It certainly wouldn’t be a surprise.

Seriously though. Everyone is updating, all of the time. Quite often we don’t even know it’s happened. Google is, well, Google. No version numbers, no significant launches. Makes sense to me. Does it matter as long as it does what it says, when I need it to?

The theory is sound; no more expensive launches and version numbers to keep up with. Customers make a one off purchase and you keep giving them the updates which in turn keeps their systems operating.

Therefore, what Microsoft are doing is nothing new and as I’ve said it does make perfect sense (or at least I think so).

Windows 10 will be the best Windows yet…probably (disclaimer – this is just my own humble opinion). It might take them a while and few updates, but it will get there.

If you’re thinking about Windows 10 and not sure whether or not to upgrade, give one of our nice experts at TSG a call. They’ll be only too happy to help you out.

PS – following on from my last blog. Check out the video of Vulcan XH558 in formation with the Red Arrows. Never to be seen again.