Home / Insights / Why I stopped taking technology for granted

Why I stopped taking technology for granted 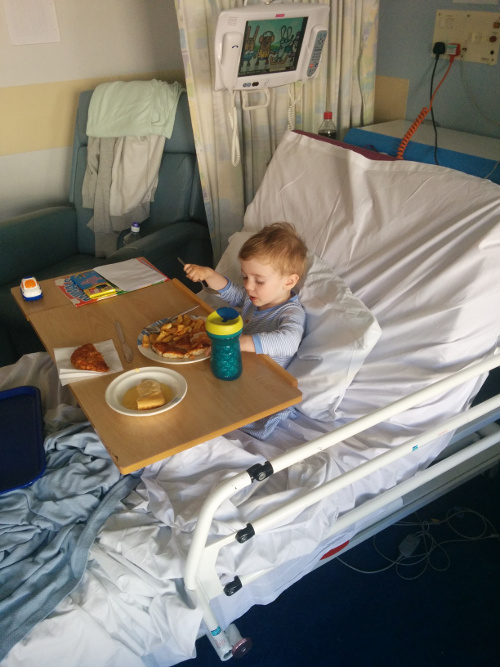 It goes without saying that technology has transformed the way we live our lives in a few short years. A world where we’re not glued to our smartphones is unthinkable, and there’s even a word for the separation anxiety we get when we’re without our devices: nomophobia. But, after spending the last 13 years working in the IT industry, I had started to take technology for granted; it was a daily part of my life that I’d become accustomed to. I didn’t consciously rely on it for anything, it was just there. However, 2 weeks after my youngest son’s 2nd birthday, that changed – I was soon to become heavily reliant on, and invested in, technology. Medical technology to be precise.

In 2015, my son George was diagnosed with Type 1 diabetes, a condition that meant his pancreas stopped producing insulin. This resulted in his body losing the ability to control his blood glucose level.

Diabetes can be a time-consuming and often painful condition to manage, one that requires a prick of the finger to check blood sugar levels and multiple daily insulin injections. It’s an unpleasant task, particularly for a child. George’s Type 1 diabetes has often restricted his ability to enjoy being a child and it’s been frustrating for him. He couldn’t run around as he pleased, or eat what he liked without having to have his glucose levels checked constantly or insulin administered. We had to prick his finger up to 15 times a day to check his blood glucose levels because, at such a young age, he can’t spot the symptoms of potentially dangerous high or low levels. 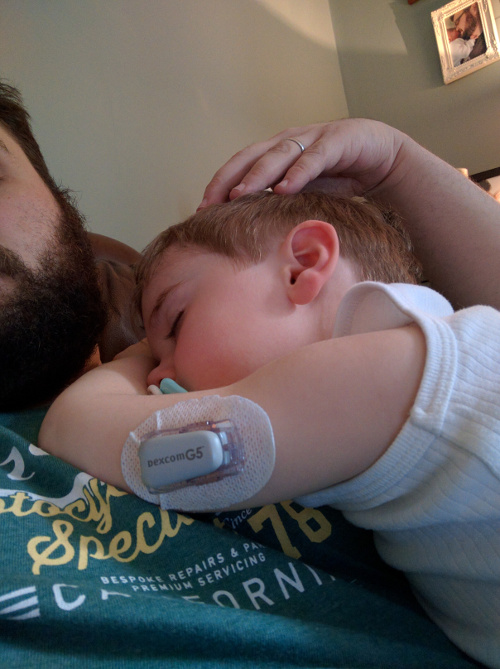 As one of the youngest people in the region to be diagnosed with Type 1 diabetes it was a terrible ordeal. George was in the early stages of diabetic ketoacidosis (DKA) when he was diagnosed meaning, in basic terms, his body was on its way to becoming acidic. A person without diabetes has a blood glucose level of between 4-7 millimoles per litre, whereas George had a level 37, which gives you an idea of just how ill he was.

After being discharged from hospital his mum and I took on the daunting task of acting as his pancreas.

Before every meal, we had to administer an insulin injection – how much insulin he needed was calculated using the amount of carbohydrates in George’s food. This made life particularly difficult if George, as children do, decided he didn’t want the meal we’d carefully calculated for him; this often ended up in us desperately trying to feed him an apple or fruit juice to balance the insulin we’d just administered. The day he stopped fighting us and started holding his arm out for his insulin, defeated, was heart breaking. Even the smallest tasks became military operations thanks to the enormous amounts of planning required just to leave the house.

The ACCU-CHEK Insight Insulin Pump uses Bluetooth (ah, good old Bluetooth) to deliver insulin continuously to George without the need for his insulin pen. Not only does this take away the painful daily injections, but it usually means fewer blood sugar level fluctuations. It comes with warnings and reminders to ensure blood glucose levels remain healthy and stable. In addition, it can deliver minute amounts of insulin over a sustained period of time; this is essential for a child with diabetes. His old insulin pen delivered insulin in 0.5 unit increments – this might sound like a small amount, but it’s huge for a toddler – while the insulin pump can deliver 0.025 units of insulin periodically, mimicking the function of a healthy insulin-producing pancreas. And if George decides he doesn’t want his food, it’s not the terrifying situation it once was; we can simply recalculate the amount of insulin that the pump releases into his system. 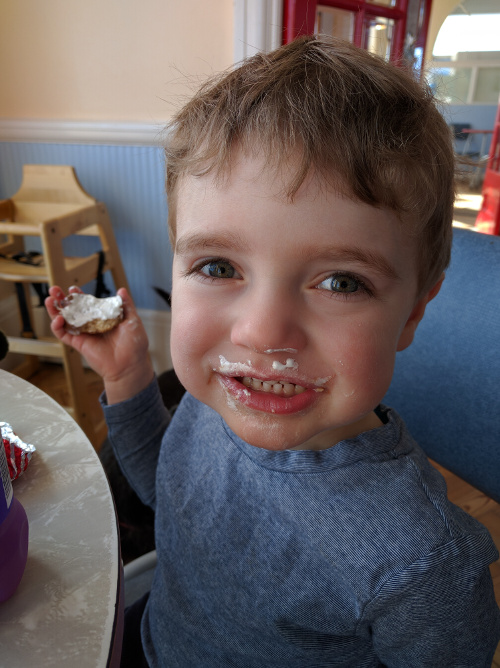 The peace of mind that comes with these tools is invaluable; simply using the Dexcom CGM app on my phone means I can track George’s blood glucose levels even when I’m not with him. It checks every 5 minutes to give me real-time reassurances that he’s happy and healthy. The tool does so by using a cannula to measuring glucose levels in the interstitial fluid under his skin, eliminating the need to prick his finger. These readings are uploaded to the Cloud, and if his levels ever do become too high or too low, it sends an urgent alert to my device so it can be addressed immediately. His teachers have access to this while he’s at school, so he’s always in safe hands. We can also use Diasend to share George’s glucose levels and insulin information with the hospital. The flexibility of these tools also means George can have some freedom (or as much freedom as you can give to a 3-and-a-half-year-old!) without being glued to our side so we can physically check his levels.

In today’s fast-paced world, real-time information is more important than ever. Information, like George’s blood glucose levels, can become outdated immediately. Thankfully, as the need for real-time information has increased, so has its availability. And it’s all thanks to rapid advancements in technology.

While the technology we’re using with George is still considered revolutionary, experts are already working on the next step – the closed loop system. This is being referred to as an artificial pancreas, and means insulin pump therapy and CGM, which are currently used separately, will work together automatically and mimic a real pancreas. Currently, when the CGM gives us George’s blood glucose levels, we still have to set up the insulin administration on the insulin pump. Going forward, the CGM will feed data directly into the insulin pump and determine how much insulin George will need, and over what period of time. The pump will also adjust the amount of insulin it will release if the CGM results indicate George needs more or less insulin. This means George will move even closer to having a normal life, and the only thing we’ll need to keep on top of is changing the insulin cartridges once a week.

We can often take technology for granted; new innovations can become old quickly and users clamour for more instantly. The iPhone 7 was released less than a week ago, but attentions have already turned to what the iPhone 8 might bring. But life-changing innovations like this can make us appreciate technology and how we can use it.

Technology has revolutionised the way we live our lives. It has become so embedded into our lives that it can feel more like an extension of ourselves than actual innovation. It’s only when we take a step back that we can truly appreciate it and see how big a part it plays in our lives. My step back was somewhat forced, but maybe I wouldn’t be as appreciative of technology as I am now if it hadn’t happened. I’ll continue to work with revolutionary technologies that now seem second nature to me, but I know how life-changing technology can be, in the best way.