Recently immortalised in the film and book Hidden Figures, NASA mathematician Katherine Johnson, nicknamed the ‘human computer’, is finally reaping the rewards for an impressive trailblazing career. To celebrate International Women’s Day 2017, we look at the achievements of Katherine Johnson, women who made significant technological breakthroughs and some of the most powerful women in technology right now.

Interestingly, 78% of those surveyed can’t name a famous woman working in technology. We look at some key female figures in technology, starting with Katherine Johnson.

An incredibly gifted child, Katherine graduated from high school at the age of 14, and college at just 18 – an achievement unheard of for an African American woman at a time of segregation and the era of men as ‘breadwinners’. She worked as a teacher before joining NASA’s predecessor, the National Advisory Committee for Aeronautics (NACA).

The organisation was one of very few that actively hired women – it began hiring women specifically for the “tedious and precise” task of measuring and calculating wind tunnel test results. NACA widened its recruitment to include African American women during World War II and because the project was such a success, it was one of even fewer organisations to keep the women in employment post-war. As progressive as this was, however, women were kept separate from men, while black women were further separated from white women.

The women were labelled ‘computers’, and by the time Katherine joined in 1953, early space research was in such demand that it was the perfect place for her extraordinary mathematical talents. Katherine primarily calculated orbital trajectories and flight times relative to the position of the moon.

As a ‘computer’ Katherine was instrumental in sending the first American into space. Even as technology advanced and computer machinery was used more, Katherine checked the numbers calculated by the IMB 7090 computer used. Before astronaut John Glenn became the first American to orbit Earth, he spoke the now infamous words, “get the girl to check the numbers”, highlighting his and NASA’s trust in Katherine’s calculations, which was higher than their trust in the machinery. The numbers matched up, which indicated the computer was reliable.

Katherine’s achievements with NASA are revered for a number of reasons. She fought sexism and racism rife in mid-20th century America, and proved to women and girls everywhere that if they put their minds to it, they could achieve anything. She also opened up the door to women interested in science, maths and technology, which had long been seen as the domain of men and arguably still is, given the PwC study on women in technology.

Katherine has been recognised extensively for her work, most recently and notably receiving a Presidential Medal of Freedom from Barack Obama in 2015. The launch of the film and book Hidden Figures will bring Katherine’s inspiring story to a whole new generation of girls and young women and we thought it fitting to look at her career, and some other trailblazing women in technology, to celebrate International Women’s Day 2017.

Dorothy is a lesser-known but equally pioneering African-American who was pivotal to NASA’s success along with Katherine Johnson. She was assigned to the racially segregated ‘West Area Computing’ unit, which she became the lead of in 1949 and in turn, NACA’s first black supervisor. Dorothy fought hard to achieve recognition for women at NASA, and helped shape Katherine Johnson’s career. 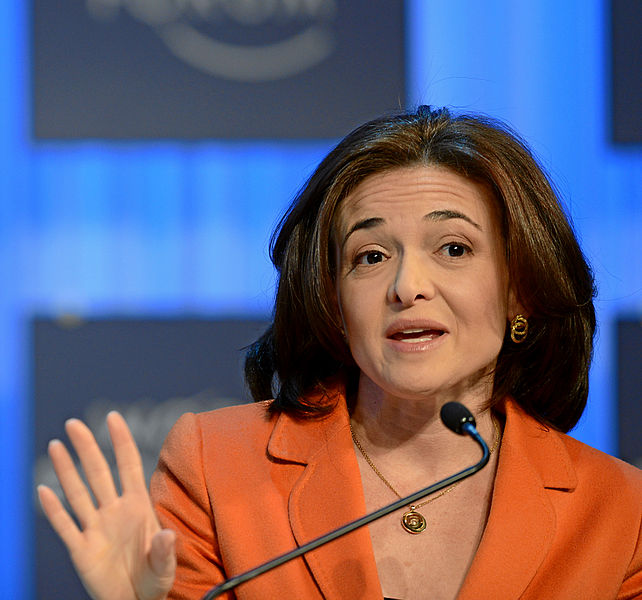 “We have got to stop saying that our daughters are bossy, or calling women aggressive at work. We have got to break down these stereotypes – nobody says that about men.”

One of the most prominent women in technology in modern times, Sheryl is Facebook’s Chief Operating Officer. She gained the position after rising through the ranks at the male-dominated technology hub Silicon Valley. She’s open about hiding her achievements as a young woman, like winning a Henry Ford scholarship in her first year of business school along with six male peers, for fear people would dislike her and boys wouldn’t date her. Now, Sheryl empowers women to shatter glass ceilings and be ambitious; her famous book Lean In issues a rallying cry to ambitious women and a challenge to institutions with deeply ingrained sexist policies.

“I believe myself to possess a most singular combination of qualities exactly fitted to make me pre-eminently a discoverer of the hidden realities of nature.”

Born in 1815 to English nobility, Ada Lovelace doesn’t exactly fit the bill of the world’s first computer programmer. But that’s what many people have labelled her after she worked on Charles Babbage’s ‘Analytical Engine’ – a never-finalised computer predecessor. Ada developed an algorithm for the hypothetical technology, writing extensive notes on his proposal and expanding on the basic notion of its use in mathematics – she’s credited for being the only person at the time to see beyond the basic capabilities in the proposal.

“Films have a certain place in a certain time period. Technology is forever.” 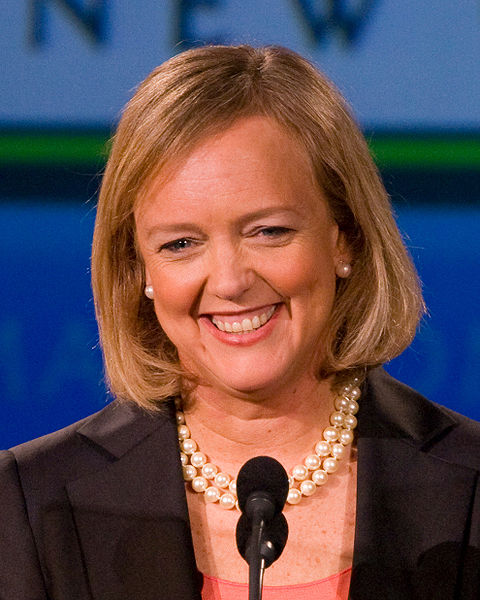 “If you have a daughter, she should go be an engineer because it’s still a rarity. It comes back to maybe expectations – dial all the way back to my mother’s year, girls were not as encouraged to be science, math, and technology.”

CEO of Hewlett Packard Enterprise (HPE), Meg has driven big changes in the business as she focuses on data centres and cloud infrastructure and technology. This is a significant move to place HP as a technological leader once more as it was displaced by Lenovo. It’s not dissimilar to Microsoft’s move from physical machines and operating systems to ground-breaking cloud solutions. Meg’s most publicised success to date is increasing eBay’s fortunes from under $6 million in 1997 to an incredible $8 billion by the time she left in 2008.

Sheridan Ash, head of PwC’s Women in Technology, said of its survey results: “It’s hard for girls to aspire to what they can’t see – we need to shout louder about the great women already working in technology and work harder to promote more women to senior and visible positions.”
Women have made a significant number of technological advances, and it’s important to shout about them in order to inspire the next generation of young women to actively pursue careers in technology.