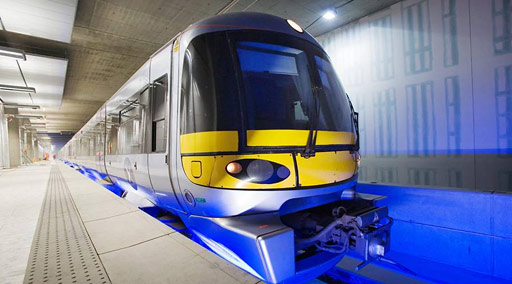 As I’ve confessed previously, I am a bit of a geek-yuppie hybrid, which is why I decided to read an article on LinkedIn about the supposed curse of ‘over engineering’.

The claim was that the comfortable seats, Wi-Fi, plug point at each seat, TV channel and first class cabin, was all a bit much for a 15 minute journey.

I just about spat my vanilla latte all over my tablet.

Ok the point of a first class cabin and TV channel for 15 minutes is lost on me as well, however the rest is most certainly not. This, ladies and gentlemen, is progress.

Now if you use the plug point to get your tablet through just one more level of Clash of Clans, and the Wi-Fi to tweet a pic of your organic scone (#neverdonethat,) then yes, surviving 15 minutes without power and connectivity isn’t the end of the world. However that’s entirely the wrong way to look at it…

15 minutes with these things, connecting us to the right technology, can make all the difference. The ability to send those 4 or 5 really important emails on time, check on those last few orders being processed before month end, keep the phone alive long enough to finish the conversation with the boss / wife…it can all make a huge difference; this enables us to do more.

Take last week for example, I was sitting on the Heathrow Express (kale smoothie in hand) opposite a woman who spent her 15 minutes on her phone frantically trying to get a hold of ‘Richard’. From what I gathered, she had a sizable last minute order from a client, who needed a large quantity of Tungsten-177’s by the following day, and Richard, it seems, was the warehouse manager, but he was nowhere to be found.

Exasperated, she stepped off the train at Paddington and called her client. The last I heard before she was swept away in the crowd was, “Sorry Helena, I think Richard is off ill. I appreciate the opportunity however…”

Now, you are probably thinking 2 things:

1) Stop listening to other people’s conversations and 2) Surely there’s a better way?

Imagine that same executive had a tablet or smartphone which she could connect to her Microsoft Dynamics NAV 2016 system via the Wi-Fi.

She would be able to see all of her stock, whether available, reserved, or on order. She could have called the client and explained precisely what she had, at what price and when it could be delivered.

Within a few clicks she could have checked the client’s balance, and taken an order. That order could have triggered a workflow to alert all of the available warehouse staff, (not just Richard) to pick the stock and send out for delivery straight away, before emailing the customer to confirm dispatch, and thank her for her business.

One of Microsoft’s key mission statements is to ’empower every person and every organisation on the planet to achieve more,’ and whether you have all week or just 15 minutes before you get on the Tube, Microsoft Dynamics NAV 2016 can do just that.

To see Microsoft Dynamics NAV 2016 in action, here’s a real life case study of a business who upgraded to it late last year, and they now have mobile working, workflow management and CRM integration which, coupled with the other Microsoft suite of products they are using (Office 365 and Power BI), is enabling them to be more productive.

To find out more about what you can achieve with Microsoft Dynamics NAV 2016, myself and some of TSG’s NAV specialists presented a 1 hour webinar on the 18th February called ‘Find Out Why It’s Time To Give Your Business An Unfair Advantage’– you can catch up on demand here