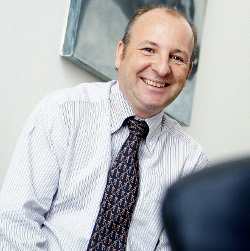 TSG Founder and hugely successful entrepreneur Graham Wylie was awarded the Lifetime Achievement Award at the Pride of the North East awards this week.

The awards celebrate unsung heroes from around the North East, including those who’ve excelled in fundraising and business, and heroes who’ve put their life on the line for others.

Graham’s Lifetime Achievement Award celebrates his fantastic success in the business world as the Founder of Sage, TSG and many other innovative technology-driven businesses. Importantly, it also recognises his incredible charity work.

“The awards themselves are a fantastic way to highlight the great work people in our region are doing – whether that’s recognising fundraising or honouring our emergency services.

“I’ve always stayed true to my North East roots whether that’s in business or in fundraising. It’s a fantastic region with great people. Both TSG and Sage began right here in the North East and have expanded both nationally and internationally, but their head offices and their roots remain firmly in Newcastle.”

The story of TSG’s beginning is a famous one; when Graham retired from Sage on a Friday in 2003, he got so bored that by the following Monday, he had the idea to create Technology Services Group. Graham arranged a meeting with our CEO David Stonehouse that Monday, and TSG was born.

From the acquisition of Joynson Ltd in October 2003 to now, TSG has acquired and integrated over 27 businesses and has a wide-reaching skillset that covers all business technology requirements, thanks to Graham’s technology knowledge and business acumen.

But Graham’s contributions to the North East and beyond go further than business. Following his daughter Kiera’s open heart surgery shortly after her birth in 2010, Graham began to support and fundraise for the Children’s Heart Unit Foundation (CHUF) based at the Freeman hospital in Newcastle.

Graham then went a step further by setting up his own charitable foundation, the Graham Wylie Foundation, which supports underprivileged or vulnerable young people in the North East of England. It’s one of the few charities in existence that puts 100% of its donations into worthwhile causes, as Graham himself covers all administrative and staff costs.

The foundation works with charities and organisations around the North East, providing them with grants to fund equipment, staff and buildings that will benefit underprivileged youth.

Another huge success was the British Masters 2017, which Graham brought to the North East with his flagship venue Close House. Not only was this event huge for the region, bringing in record crowds; it also brought in over £472,000 for the Graham Wylie Foundation. 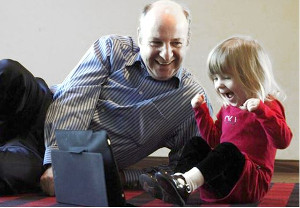 This charitability is a key part of Graham’s business portfolio, with TSG committed to a 4-year fundraising deal with the British Heart Foundation. Check out how much we’ve raised on our website.

We’d like to offer a huge congratulations to our Founder Graham Wylie on this fantastic award!

Read more - Why does your IT team need a co-managed IT services provider?
All categories, Blog Articles, Business Strategy